Channel 12 News’ political reporter Amit Segal on Monday night exposed some disturbing details about the new Lapid-Bennett coalition agreements which make it look more like a honey trap than a victory for the Yamina chairman (חשיפה: ההסכמים הקואליציוניים המלאים של ממשלת בנט-לפיד). Segal reported: “This is the best-kept political secret in the country, Bennett and Lapid hoped to keep these coalition agreements close to the chest until a day before the inauguration.”

Banning Netanyahu from the Knesset
According to the agreement, the coalition government will push a bill that bans any politician who has served for eight consecutive years as prime minister (they could have simply written anyone named Bibi or anyone with a bad comb-over) from running in the Knesset as an MK for four years.


Strangely, this would mean that Netanyahu would have an interest in preserving the 24th Knesset to term since he would be disqualified from leading the Likud should his stint out of office be less than the prerequisite four years. If Netanyahu is forced out for one term, someone else in the Likud would the party’s candidate for prime minister, and Bibi would be 77 by the time he is qualified again.

A Prenup for Bennett with Handcuffs and no Key
The agreements stipulate that Bennett will not be able to hold any other ministerial position, not even that of a deputy minister, should the new government be replaced as a result of a no-confidence vote in the Knesset.

It makes it look more like a prenuptial agreement between some billionaire and his former housekeeper than a political deal. In essence, Bennett, who was counting on the coming two years to rebuild and expand his base, which at the moment is circling the bottom of the sink, will be prevented from serving in any government other than this one.

Chariedim? Just Say No
Another Bennett plan was dashed by the deal – his hope to talk United Torah Judaism chairman Moshe Gafni into joining, and adding seven more right-wing votes to the coalition mix. The deal determines that the addition of new parties to the coalition will be done only with the approval of Israel Beiteinu chairman Liberman, Labor chairman Michaeli, and Meretz chairman Horowitz.

In other words – not gonna’ happen.

Divide and Conquer
Another bill the new government will be pushing according to Segal will require only four MKs to band together to jump ship from any given Knesset faction, instead of the current 1/3 requirement (which in Likud’s case means 10 MKs out of 30). This would obviously make it easier for Lapid-Bennett to seek out Likud defectors. Yes, karma rhymes with rich – Netanyahu spent the past two months trying to recruit Yamina and New Hope defectors, now he would have to defend against his own people turning coats.

It’s good to be the new king.

Negev Highway Robbery
On the other hand, the Islamist party Ra’am is getting a sweet deal in exchange for its willingness to support the Zionist occupation: Bennett and Lapid have pledged to instruct the AG to lift all fines and sanctions on illegal construction in the Arab sector. Meanwhile, enforcement of construction regulations will be frozen for almost four years, as will be the case of all the illegal houses in the Negev that were built before 2021 and received demolition orders. Also, Ra’am chairman Mansour Abbas, who will serve as a minister in the prime minister’s office, will appoint for himself a deputy minister and will receive half a billion shekels ($154 million) for distribution at his discretion.

Gay Marriage, Shabbat Transportation and Supposed Vetoes
But Bennett is given a lot of power within the new coalition government. For instance, while the Lapid agreement with Meretz includes, for the first time in the country’s history, the promotion of gay marriage legislation and public transportation on Shabbat, the binding agreement between Lapid and Bennett requires that all the coalition partners agree to legislation that changes the status quo in matters of state and religion.

Of course if the government were to fall over those religion & state issues, then Bennett’s Handcuff prenup might discourage him from using that veto.

Reform Judaism Welcome
However, the new government will re-authorize the agreement with the Reform movement to allow it a special section in the central Kotel plaza, on an equal par with the Orthodox.

Labor also gets a new department for “Jewish Renewal” within the diaspora ministry, which is code for budgets for the Reform in Israel, seeing as the coming diaspora minister will be Labor MK Gilad Kariv who is both a Reform clergy and the executive director of the Israel Movement for Reform and Progressive Judaism.

Defending Area C with no Coalition Backing
New Hope chairman Gideon Sa’ar will be the deputy prime minister, and his two signature issues have been approved: splitting the AG’s office in two—government counsel and head of the country’s law enforcement agencies; and his plan to prevent the PA’s takeover of Area C lands.

However, the leftist parties and Lapid are not obligated to vote in favor of either reform, which means Sa’ar would have to rely on his former buddies from the right for help. Awkward…

There’s Going to Be a Lot of New Taxes to Pay For It All
Economics pundit Sever Plotzker said in his Yediothm column Tuesday that the newly revealed coalition agreements have been forged “as if there was no corona, as if the government has not spent tens of billions on benefits for businesses and the unemployed over the past year.

Now comes the new coalition and doles out a collection of expensive gifts.

The cost of these agreements is estimated at NIS 100 billion ($31 billion). Only one thing is missing from all the agreements – who will pay and how they will pay for all these gifts.

here’s not a word in there about the need to gradually reduce the budget deficit, not a word about the possibility of raising tax rates or imposing additional taxes – they’re mum. There is no mention at all of the budgetary resources necessary for the implementation of these promised gifts. Everything that was revealed yesterday is neither serious nor realistic. This is not the way to start rebuilding public trust.”

Whatever Happened to Lapid’s Promise About Limiting Ministerial Positions?
On Monday night, Lapid was asked at his press conference regarding the fact that despite his promise to limit his next government to 18 portfolios, this one will probably have at least 26, if not 28 – not as big as Netanyahu’s, which included a ministry for water and higher education, but bigger by a third compared to Lapid’s promises. The victorious Yesh Atid chairman responded sadly that this was his failure and that he was ashamed of it.

Ah, well, at least he gets to kick out and keep out Netanyahu. Right?

What’s Next?
On Tuesday morning, Speaker of the Knesset MK Yariv Levin (Likud), announced that the debate and the plenum vote of confidence in the new government would be held at a special session of the Knesset on Sunday, June 13, 2021 (which also happens to be the third of Tamuz, the 27th yahrzeit of the late Lubavitcher Rebbe – DI). The same session will also elect the new Speaker of the House.

Earlier this week, Levin was recorded saying that he would pick the best possible date for the confidence vote in terms of the interests of his Likud party.

The date he picked means that all the above coalition agreements would be open for the country to read and mull over and debate in shuls and porch dinners and around the bar the entire Friday-Shabbat weekend. This could be a much more effective coalition killer than yelling in the middle of the night outside Ayelet Shaked’s house. 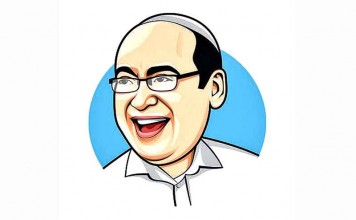 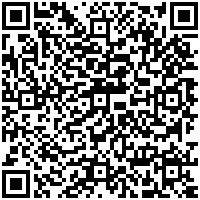