In almost all transitions from one US administration to another, there is both continuity and change in American foreign policy and US-Israel relations. Joe Biden served 36 years in the Senate and eight years in the White House as Barack Obama’s vice president. He isn’t Obama—he has his own record and plans—and he hopes, as would any new president, to put his own stamp on American society. Due to his age, he is likely to serve only one term, and may not have another opportunity to implement new policies or correct mistakes and failures.

In the coming year and perhaps beyond, Biden’s top priorities will be domestic: dealing with the coronavirus pandemic and the economic crisis. He will only deal with foreign affairs when he is compelled to and if vital national security interests are at stake.

His ability to pass legislation and budgets and appoint senior officials, judges, and diplomats will depend on the makeup of Congress and on which party controls the Senate. On January 5, 2021, there will be two runoff elections in Georgia. To take control of the Senate, the Democrats will need to win both. Republicans support Israel much more than Democrats, and if they continue to control the Senate, they should be able to block anti-Israel resolutions or legislation.

Another variable is the power and influence of the so-called progressives. Many are extremely anti-Israel, some to the point that they are antisemitic. Biden resisted their attempt to insert anti-Israel positions into the Democratic platform, but if he is to keep unity in the party and prevent opposition, he will have to appoint several of these people to cabinet positions.

Biden has a very pro-Israel record in the Senate and has said he will not take revenge on Netanyahu for his close alliance with Republicans. But several Obama veterans are candidates for key foreign policy and national security positions in Biden’s administration, including Susan Rice for State and Nick Blinken for National Security Adviser. They may be less forgiving.

There will be continuity in the US approach to global affairs and the strategic alliance with Israel. Biden is set to continue the US withdrawal from leadership responsibilities that began during the Obama years and intensified during the Trump era. The US of this century no longer wants to be “the policeman of the world.” This trend may spill over to the Middle East, and thus negatively affect Israel’s national security. The presence of the US in the region helps Israel cope with threats; its absence will increase them.

The principles on which Biden’s foreign policy will likely be based will resemble those laid out by Democratic administrations in recent decades, with adjustments to reflect events and processes that have taken place over the past four years. They will be the opposite of Trump’s.

Trump distanced himself from traditional US allies in Europe, including Britain, France, and Germany; attacked the EU; and criticized NATO. Biden will restore close collaboration with the EU and the European powers. This approach will put Israel in a more difficult position because Europe favors reconciliation with and concessions to Iran on nuclear weapons and has a very critical attitude toward Israel’s relations with the Palestinians.

There will be continuity in all bilateral strategic relations with Israel, including military aid, intelligence coordination, security cooperation, joint military maneuvers, and development of missile defense systems. The strategic cooperation has been highly beneficial to both sides. Biden will not threaten Israel with suspension of military aid in order to obtain concessions for the Palestinians, as the radical progressives have demanded.

Respecting human rights has always been an important principle of American foreign policy for Democratic presidents, though it has sometimes clashed with strategic interests. Biden will consider human rights because of both tradition and the rising influence of the progressive-radical camp in his party, which is demanding that they be given significant weight. The Palestinians have managed to “sell” their conflict with Israel to the world in terms of human rights, and Democratic radicals see the Gulf States as reactionary regimes and demand that the US disengage from them. Such positions can create friction with Israel and the Arab countries.

Trump strongly criticized the UN and its agencies, claiming they were highly politicized, corrupt, and useless. Obama returned the US to the UN Human Rights Council (UNHRC), a ridiculous body run by countries that are the world’s worst human rights infringers. Trump harshly criticized the UNHRC and removed the US from its membership. He took a similar stance toward the International Criminal Court in The Hague and other UN agencies like UNESCO. Biden will cooperate with the UN and its agencies and Israel will be left alone to face their hostility.

Changes will also be seen in the American approaches to Iran and the Palestinians. Biden announced that he will initiate negotiations with Iran to reach a new nuclear agreement. His motivation is to show that the deal Obama signed in 2015 was the right strategy to stop the Iranian nuclear weapons program, and that Trump’s cancellation of the deal and imposition of harsh sanctions on Iran were wrong and ineffective. Iran will insist on the lifting of the sanctions imposed by Trump as a prerequisite and a return to the original agreement of 2015.

Biden may begin with a strategy of “compliance for compliance,” meaning a gradual lifting of sanctions in exchange for implementation of the restrictions Iran took upon itself in the original agreement. The longer-term goal would be a new agreement that extends the “sunset clause” (the duration of the agreement) and imposes restrictions on issues left out of the original deal, such as development of long-range ballistic missiles and violent behavior in the region. This approach could create a serious disagreement with both Israel and the Sunni Arab states.

Biden’s Iran policy may clash with the Abraham Accords, which saw Bahrain, the UAE, and Sudan agree to normalize relations with Israel. Trump planned to add other countries, such as Oman, Morocco, maybe Kuwait, and perhaps even Saudi Arabia. One reason to build this coalition was the need to contain Iran. Biden applauded the Abraham Accords, but might freeze expansion of the alliance because it contradicts his desire to reach a new nuclear deal with Iran.

Biden is likely to restore the traditional approach of the Democrats toward the Palestinians. He has said he won’t move the US Embassy back to Tel Aviv, but will reopen a consulate in East Jerusalem and the PLO office in Washington closed by Trump. He will restore US economic assistance to both the Palestinian Authority and UNWRA. He will repeat his support for a two-state solution, probably ignore Trump’s peace plan, and oppose any annexation or expansion of Jewish settlements in the West Bank. He is unlikely to emulate Obama’s obsession with either the peace process or a peace plan.

The Biden administration will present both opportunities and challenges. Israel must prepare to exploit the first and address the second.

(Prof. Eytan Gilboa is an expert on US-Israel relations at Bar-Ilan University and a senior research associate at the BESA Center for Strategic Studies) 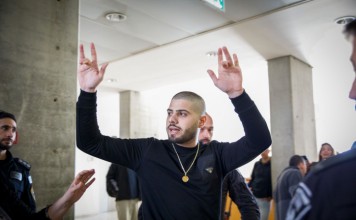