The Palestinians have inadvertently contributed to the truth of the historic relationship of Jews with the land of Israel.

How?  By asking the World Heritage Committee (WHC) of UNESCO to recognize Battir, a village about 5 miles west of Bethlehem, as a World Heritage Site and add it to the 936 sites already maintained by UNESCO.  Unwittingly, the Palestinians have given the world the opportunity to learn about a historic relationship.

The Palestinians in October 2011 were granted full membership in UNESCO, which they hoped would lead to international recognition of a state of Palestine.  As a consequence of this membership, they are a party to the proceedings of the WHC, which has 21 changing members, presently including Russia, Qatar, Algeria, and the United Arab Emirates, but not including the United States or Britain.

The request regarding the recognition of Battir is connected with the Palestinian’s more ambitious claim to be accorded by UNESCO the heritage over the basilica of the Church of the Nativity, regarded as the birthplace of Jesus, and the Pilgrimage Route, Bethlehem.  Already, UNESCO has designated two Jewish sacred sites — Rachel’s Tomb, the burial place of the matriarch Rachel, the wife of Jacob, and the Cave of the Patriarchs in Hebron — not as Jewish holy sites, but as mosques.  Only the United States voted against this proposal that was approved by 44 of the 58 members of the board of UNESCO.

The claim made by the Palestinians for Battir to be recognized as a Heritage Site is ostensibly based on its unusual topography of historic terraces and its Roman irrigation system.  The Palestinian Authority (PA) asserts that that it is a “historically sensitive area … where a millenary irrigation system is still in use to water the vegetable gardens of Battir.”  The village, which has grown in recent years to a population of 4,000, does have seven natural springs, an old Roman bath, and an irrigation system that waters fruit and vegetables.

However, the reason for the Palestinian request is more political than aesthetic.  The PA argues that Israel is planning to build part of its security fence through the valley and that it will damage a site that it claims, in accordance with the UNESCO operational guidelines concerning the acceptance of World Heritage Sites, is “representative of a culture.”

The Palestinian complaint is that the Israeli fence will deny the ability of the residents to enjoy their natural heritage and sustain the land.  The village, they argue, should be maintained as a landmark of Palestinian and humanitarian heritage.  The complaint has gone to the Israeli Supreme Court, which will adjudicate the question of the exact route of the fence, whether it should be rerouted, and whether the route is in accordance with Israeli security considerations.

All will almost certainly acknowledge the pleasant nature of the village and its picturesque character.  Yet the Palestinians’ ambitious claim is deficient in a number of ways.  Though the Roman irrigation system is historically interesting, in fact, the village gets most of its water from the West Bank Water Department, the public water network established in 1980.  The village has grown substantially since then, and the natural heritage there is threatened more by increased housing development than by any Israeli action.  Moreover, pretty though the area might be, it does not meet the objective requirements of UNESCO — namely, that a Heritage Site be a place of beauty, of importance, and of outstanding universal value.

But most important, the Palestinians have unwittingly drawn attention to the historic Jewish relationship with and claim to the land of Palestine.  The original name of Battir was Betar, the last fortress of Bar Kochba (son of a star) in his revolt against the Romans in 132-135.  The revolt led to the creation of an independent state of Israel over parts of Judea for over two years before being crushed by the Roman army of six legions.  The result was the killing of thousands of Jews — perhaps half a million — and the loss of Israeli independence and of Jewish religious and political authority.  The Romans did not allow the Jews to bury their dead in Betar.

A Jewish entity was not again the center of religious, cultural, and political life until the 20th century, but Betar remained an important symbolic reminder of the Jewish past.  The Revisionist Zionist youth movement, formed in 1923 by Vladimir Jabotinsky, took its name from the fortress.  The movement played a role in fighting against Nazi Germany in World War II.  Interestingly, Jabotinsky’s main political opponent, David Ben Gurion, is said by some to have taken his Hebrew name from one of the generals who fought in Betar. 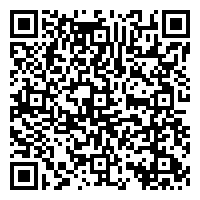