Many supporters of Israel are bedeviled by a glaring contradiction in Israeli political life. How can it be that, regardless of which party wins an election, leftist policies are invariably implemented?

Since 1977 Likud has won several elections based on a platform of a Greater Israel. Nevertheless, it was under Likud Prime Minister Menachem Begin that the entire Sinai was relinquished.


There are many other substantive examples of leftist policies routinely supplanting right-wing electoral successes, but two in particular stand out:

1. Likud’s Ariel Sharon was elected prime minister on February 6, 2001 by a landslide margin. His win should have handed Sharon a mandate to govern from the right, regardless of outside pressures.

However, the policies of appeasement were in full swing during Sharon’s first year in office. The hawkish general nicknamed “the Bulldozer” was nowhere to be found as the Second Intifada raged.

It was only after Arab suicide bombings became more and more brazen and the death toll became intolerable to the general public that Operation Defensive Shield was belatedly launched on March 29, 2002.

2. Similarly, Sharon, who earlier in his career had been dubbed the “settlement builder,” executed the wholesale destruction of Gush Katif and communities in the northern Shomron, uprooting thousands of Jews from their homes.

The expulsion/destruction took place despite a Likud-led referendum (held only after a massive nationalist outcry) that should have halted the push toward “disengagement.” Sharon had promised to abide by the referendum but did no such thing.

How can this be? How can the wishes of an overwhelming majority of the electorate be so disregarded? How can leftist policies be implemented regardless of the preferences of most Israelis?

Israeli political scientist Dr. Martin Sherman, founder of the Israeli Institute for Strategic Studies, has written, “Although the right wing consistently wins elections, it never really gets into power. It is a phenomenon that can only be explained by the existence of some influence extraneous to the political system that imposes policy outcomes that diverge radically from those that should be expected from regular operation of political routine.”

Few understand just how pernicious an influence Israel’s ruling elites (many of whose institutions and endeavors are funded and fueled by foreign NGOs) have on virtually every aspect of Israeli public life. Unelected functionaries in the media, arts, and academia act as cheerleaders and enablers for rulings imposed by a generally left-wing court system. In turn, pressure is exerted on the political leadership to implement the court’s dictates.

Indeed, in a very real sense Israel’s court system has supplanted its legislature, a phenomenon I addressed in a July 22, 2011 Jewish Press op-ed article (“Justice in the Holy Land: Is It Ideologically Driven?”).

Israel’s policymaking and electoral system (one piggybacking on the other) must be overhauled. It is no doubt a Herculean task. Nevertheless, instead of lamenting that nothing can be done, those who care about Israel’s future must shoulder the burden. An accurate articulation of the situation, coupled with nation-saving policy strategies, can be found at Dr. Sherman’s policy institute site (www.martinsherman.net).

If all lovers of Zion were to become involved in fighting the hold exerted by unelected leftists on Israeli civic and political life, Israeli policies would finally reflect the will of the country’s non-leftist majority.

Adina Kutnicki comments on Israel-related issues for various media outlets. She made aliyah in 2008. 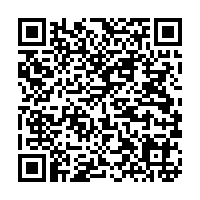