“Mind your own business.” It’s one of the rules of public conduct that keep civilized society from imploding. Yes, even frum society.

Although we as Torah Jews are more given to concern about each other, that doesn’t mean we enjoy attempts by others to pry into our personal lives, critique our choices, or offer unsolicited advice. Especially when it comes to parenting skills. What parent does not resent a meddler’s reproach about the terrible mistakes she is making with her child?


But perhaps there is a time to speak up. A time when keeping silent protects only you, when a child is in danger right before your eyes.

I’ve been wrestling with this dilemma since last week. I was at a Toys “R” Us in Brooklyn along with my five-month-old son and my mother-in-law when I witnessed something so disturbing it was almost hard to believe it was happening.

As we trawled the cavernous store, I noticed a clearly Orthodox woman pushing a cart full of merchandise. Several yards behind her, an adorable little girl – who could not have been more than three years old – walked in aimless wonderment. Exactly what you would expect of a young child in a toy store.

When we got to the register, I saw the woman pushing her cart into the next checkout lane. The little girl was nowhere in sight. The woman unloaded her cart, one item at a time. After a few minutes, she turned her head and noticed her daughter’s absence. Languorously, she sidled back toward the middle of the store, calling her daughter’s name. Eventually, she returned to the checkout, her child once again following distantly behind. As the mother paid for her purchases, the little girl wandered over to our lane. Her mother didn’t flinch.

By this point, the child could, chas v’shalom, have been kidnapped five times over. And yet she was still in danger.

My mother-in-law and I stood waiting at the front of the store for an employee from the stockroom to bring out a large item we had already paid for, a wait that ended up taking almost half an hour. As we watched and waited, the delinquent mother paid for her purchases and began heading for the door with her cart.

The rides near the exit caught the little girl’s eye, and she climbed on one of the painted animals, frolicking happily without the motion even being activated. The mother stopped for a moment, mumbled something to the child, then headed outside. Through the windows at the front of the store, I saw her walk toward a minivan parked on the other side of the parking lot. She loaded her bags into the trunk, then began to walk back to the store.

On her way, the wind blew her hat off her head. With alacrity that she had apparently been storing up for just this sort of occasion, she ran after it. Mission accomplished, she came back into the store to claim her child.

There were a thousand things I wanted to say to this mother. I wanted to shout at her, warn her, make her understand what a blessing she has and how close she came to losing it. I wanted to call the police or Child Protective Services. A part of me even wanted to take the child for a few minutes in order to scare the mother into responsibility.

But I did none of those things. I was afraid of how the woman would react, of what other onlookers would think, of making a scene, of causing a chilul Hashem. Instead, I said a prayer of thanks that the child was still okay, and held my own son a little closer.

Should I have spoken up? Should I have “gotten involved”? I can’t stop thinking about that little girl – whether she is safe now, whether she will grow up in one piece. The sad fact is she is not alone. Just this summer, a four-year-old girl playing outside her Boro Park home was abducted and sexually assaulted. What was most tragic about that incident was that it was completely avoidable. As are the countless tragedies that by the grace of God don’t happen each day despite the scores of young Jewish children playing unsupervised outside their homes. These are the real “at risk” kids. Where are their parents? 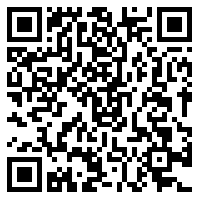