Why do the mainstream media keep tacking on the term “Israeli-Palestinian crisis” where it does not belong? This has become a mindless mantra meant to inflame, not inform – and, more important, to affirm the “goodness” and “fairness” of the journalists who espouse such rank propaganda.

The New York Times recently included the above phrase in an editorial titled “Selling America.” The editors believe they know how – and how not – to “sell” America. In their view, President Bush’s “waging preventive war in Iraq, redefining torture, repudiating the Geneva Conventions, establishing illegal detention camps, and refusing to grapple with the Israeli-Palestinian crisis” has created “new enemies every minute” and has “soured allies.”


What universe do Times editors inhabit? My universe is one in which Secretary of State Condoleezza Rice is already perceived to be leaning on Israel to give more in return for less at the Annapolis conference. Diplomatically, Israel is already expected to do all the heavy lifting for Arab and Muslim states (such as Jordan and Turkey) who are gravely concerned with the Iranian threat.

And it was Israel – not Jordan and not even America – that carried out the recent bombing operation in Syria against an apparent nuclear facility.

According to political expert Dan Diker, who works with Ambassador Dore Gold in Jerusalem, Mahmoud Abbas and Fatah are not even asking for the Arab neighborhoods in Jerusalem, but, Oslo-style, Israeli politicians and pundits nevertheless are offering them up as sacrificial lambs.

In his experience, dealing with the Fatah leadership is like dealing with a vacuum – with the exception of a few strong and honorable individuals, “there is no there there.” The Palestinian Authority, he notes, consists of “warring clans, families, and warlords” and is threatened by a well-funded Hamas.

In Diker’s view, fewer suicide bombings have occurred in recent years largely because of the much-maligned security fence (as well as good old-fashioned Israeli intelligence-gathering).

But still the Kassam rockets continue to rain down on Sderot and the international community barely notices. The mainstream media mainly pay attention when Israel does something – anything – to defend itself from this non-stop onslaught and when it contemplates measures like reducing electricity and fuel to the hostile, parasitic residents of Hamas’s Gaza. (Why won’t the wealthy Arab states pick up the slack here to avoid the impending humanitarian crisis?)

Diker shared an important anecdote. It seems that on his visits to Ramallah, which he makes every few weeks, he had been hiding his yarmulke. His host, a religious Muslim whom Diker describes as a good man, stopped their ongoing negotiations to pray, in full view of the Israelis. Diker finally decided it was time for him to do likewise. He donned his yarmulke and asked his host to point him in the direction of the Western Wall for his afternoon prayers. His host immediately and respectfully did so.

“From now on” Diker quietly vowed, “I will not hide my religion or fail to pray” simply because Jews (and all non-Muslims) are endangered in Arab and Muslim territories.

Diker observed to me that “Israel behaves like a battered woman. She keeps coming back for more mistreatment.” Said I: “But when battered women kill in self-defense in America, they receive life sentences, often with no parole.” We both stood together in momentary silence.

Do the reporters and editors of mainstream media ever stand in silence before tragic and complicated realities? Do they ever entertain the possibility that Israel is being falsely blamed in order to serve the cause of Arab, Muslim, and Palestinian imperialism?

Do they ever contemplate the possibility that anti-Americanism might not be caused by American failure or even by American crimes – but by American virtues and strengths?

Perhaps America, too (at least its media elite), has begun to behave like a battered woman, and has come to perversely enjoy being demeaned and mistreated. 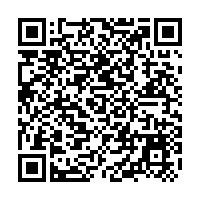