Jibril Rajoub is many things—a convicted terrorist, a former West Bank security chief, a former confidante of the late Yasser Arafat, and now the head of both the Palestinian Football Association and the Palestinian Olympic Committee. Most of all, he is a bellicose thug, whose antics in decrying the friendly soccer match in Jerusalem between Argentina and Israel resulted in that match being unceremoniously called off by the Argentines.


But is the decision of Argentina’s Football Association an uncomplicated victory for the BDS hate campaign targeting Israel? The answer is no, for several reasons. To begin with, nowhere in its announcement of the cancellation did Argentina’s national soccer authority declare political solidarity with the Palestinians, condemn Israel or, critically, endorse a ban on sporting links with Israeli teams.

Then there’s the fact that the Argentine decision goes, to borrow a soccer phrase, “against the run of play.” The world’s soccer nations are not boycotting Israel, and in the four years since the last FIFA World Cup, Israel has hosted national sides including Spain, Wales, Albania, Bosnia, Italy, Uruguay and Cyprus for both competitive and friendly fixtures. All these games have been played at different stadiums in Israel, among them the supposedly controversial Teddy Stadium in Jerusalem where the Argentina match was to have taken place.

And then there is Rajoub himself. His campaign to have Israel expelled from FIFA (world soccer’s governing body), replete with vile anti-Semitic comparisons between the Jewish state and Nazi Germany, failed miserably in 2015. A more recent effort to sanction Israel’s Football Association at FIFA over West Bank-based teams competing in the country’s national league similarly petered out, leading Rajoub to accuse European soccer chiefs of feeling overly guilty about what “some European countries did to the Jews last century” (he means the Shoah.)

So how is it that Rajoub is suddenly able to boast of a political victory handed to him, he says, by the Argentine captain and megastar Lionel Messi, perhaps the most revered soccer player in the world? To understand how we got to this point, it’s worth applying what we’ve learned over the years about the ideology, low morality and shady political practices of the BDS campaign to the specific situation around the aborted Israel-Argentina match.

Originally, the game was supposed to have been played at the Sammy Ofer Stadium in Haifa. But with Israel marking its 70th anniversary, and the American embassy now moved to Jerusalem, Israel’s Minister of Culture and Sport Miri Regev decided (with the backing of her boss, Israeli Prime Minister Benjamin Netanyahu) that it would be politically savvy to move the game to Israel’s capital. Once the news reached Rajoub—who is desperate for some kind of victory after a series of humiliating defeats—he immediately seized on the situation to “politicize” the match as sufficient cause to have it stopped altogether.

In the swaggering manner of the “generals” who once led Europe’s notorious soccer hooligan “firms,” on Sunday, Rajoub issued a series of vulgar threats against Messi, promising to burn Messi replica T-shirts, souvenir photos and wall posters, and the entire Messi presence on social media should the game go ahead. Reports of death threats on social media against the Argentine players quickly followed.

The next day, and despite all this, Regev went into overdrive. “One of the most popular players in the world, who has a billion followers—there is no question that the right thing is for him to play in Jerusalem,” she said of Messi, while speaking to reporters. “What better hasbara [Israeli PR] is there?”

By Wednesday, the Argentines made a final decision to pull out of the game.

Speaking to ESPN, the Argentine center-forward Gonzalo Higuaín deemed it “the right thing” to do. This was a deeply unfortunate choice of words; in moral terms, it was absolutely the wrong thing to have done, particularly when the forthcoming World Cup is being hosted in Vladimir Putin’s Russia! But no one could begrudge him or his team-mates the right to feel relieved.

Because the Argentine decision wasn’t about politics or BDS or hated of Israel. Ultimately, it was about soccer—not just the sport, but the multibillion-dollar business of promotions and branding that frames how the sport is perceived.

Now, Argentina is a team that hasn’t won the World Cup since 1986. Those who remember the ashen-faced Messi climbing the stairs to receive his runners-up medal after losing the 2014 World Cup Final to Germany will know that this time around, it’s his last opportunity to claim victory. In other words, there is a huge amount at stake, literally and figuratively. For Argentina’s Football Association to have allowed their team to have been dragged into an ugly, Middle Eastern-related political fight less than a fortnight before the World Cup starts would have been, on their own terms, unforgivable.

It is this aspect of the row that Miri Regev, as a professional politician, should have anticipated and understood. But she didn’t, and not surprisingly, the majority of Israelis are now blaming her for their bitter disappointment at Argentina’s decision. One might counter that Regev’s role was less significant than the precedent for politically motivated bullying in world sport that Jibril Rajoub has set; but again, one can’t begrudge the anger these Israelis feel. Had the match been played in Haifa as originally planned, and had Regev kept her broader promotional ideas to herself, it would doubtless be going ahead.

As I have argued in this column before, the BDS movement is in decline, regarded with suspicion by democratic governments around the world, and routinely chalking up defeats that far outweigh the occasional “victory.” If we are to maintain this trend, then Israel’s leaders need to think strategically about every major event that is staged in the country, with the first principle being “do no harm.”

It’s not necessary to have every international soccer match played in Jerusalem, especially given the long international tradition of staging such games in provincial cities and towns. It’s not necessary to announce that a sporting legend is going to “kiss the Kotel,” especially if you haven’t checked with him first. But it is imperative that Israeli public officials understand that the best response to those who oppose “normalization with the Zionist enemy” is to behave as if such dazzling events are the most normal thing in the world—and that means keeping politics, and politicians, out of the equation. 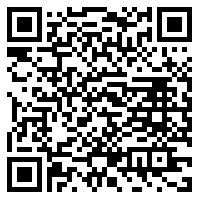