Amid ongoing tensions on Israel’s southern and northern fronts, the Israel Air Force concluded a large scale training exercise simulating a scenario in which Israel finds itself engaging adversaries on multiple fronts.


Hundreds of IAF planes and helicopters took part in the exercise, simulating the bombing of hundreds of targets across the Gaza Strip in short periods of time, both during the day and at night, while also drilling assistance to ground forces.

“Over the past 24 hours, our squadron exercised an attack on targets in the Gaza Strip, as part of an Air Force drill simulating the break out of widespread fighting,” said IAF Squadron 69 Commander Maj. G. “We assisted ground forces as they maneuvered in combat. The planes are carrying precision bombs, so that it is possible to attack a large number of targets in a short amount of time,” he added.

IAF Squadron 105 Commander, Lt. Col. R. said: “Our squadron came back from a run over Gaza today. We met all the objectives set, in full coordination with the Southern Command and with the IAF’s coordination and command bodies. We successfully met all these challenges and we are ready for any operation we may be required to carry out.” 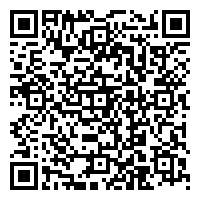