The host of The Daily Show, Jon Stewart, spoke to Jonathan Dekel of the National Post on the occasion of showing his new film, Rosewater, which Stewart shot in Jordan.


The topic of their conversation which made headlines, though, was not so much the torture of political prisoners in Iran, which the film is about, but rather Israel, specifically “some pundits referring to [Stewart] as a ‘self-hating Jew.’”

The term, according to Wikipedia, originated with Theodor Lessing’s 1930 book Der Jüdische Selbsthass (“Jewish Self-Hatred”), which shows how Jewish intellectuals incite antisemitism with their hateful view toward Judaism.

Since then it has been used, mostly in the seventies, by the right to point accusing fingers at the left, and has been picked up later on by the left, as a sort of short hand showing up the right to be intolerant and fearful of criticism.

I don’t believe Jon Stewart is a self hating Jew. I do believe him when he tells Dekel, “It’s so interesting to me that people want to define who is a Jew and who is not. And normally that was done by people who weren’t Jewish but apparently now it’s done by people who are, and I find that very interesting. It’s more than nationalism.”

I assure you, no one has ever suggested that Jon Stewart, née Jonathan Stuart Leibowitz, is not a Jew. His mom, Marian (née Laskin), and his dad, Donald Leibowitz, were both Jewish going all the way back to Moses. Jon Stewart could walk up this morning to the nearest Israel consulate, present his credentials and receive Israeli citizenship practically on the spot. So why is he so adamant about those imagined people who tell him who is a Jew and who isn’t?

Because Jon Stewart has opted, voluntarily and without pressures, out of the Jewish timeline. He married a lovely, non-Jewish woman, Tracey Lyn McShane, they have two children, and they, too, are not Jewish. I suspect the bitterness in Stewart’s note is related to that decision, which I, for one, respect and support. I don’t think any Jewish person is obligated to marry into the faith. I don’t believe Jewish survival is a Jewish value.

“…you can’t observe (Judaism) in the way you want to observe,” Stewart tells Dekel, then adds: “And I never thought that that would be coming from brethren. I find it really sad, to be honest.”

You see, Stewart is upset because we, the identified Jews in his life, won’t embrace his marrying a gentile woman and raising gentile children as part of Jewish practice. But you can’t expect to both opt out of the faith and carry a grudge because the faith doesn’t embrace you and your outsider family as part of us. How are they part of us?

You’re still a nice, gifted man – but it doesn’t change the fact that you’re on the way out.

Mind you, Jon Stewart represents the norm in Jewish history. Those of us who have clung to our tradition and our Jewish families are the aberration. Every century or so, we shed about 80 percent of the Jewish nation. It started back in the Exodus from Egypt, when, according to some commentators, four fifths of the nation opted to stay in slavery.

The rest of the Stewart interview was chock full of gripes that Dekel, I believe, pushed on Stewart, regarding how you can’t criticize Israel any more, without being attacked as a self hating Jew and so on. I won’t deliberate here the difference between criticizing Israel and promoting an economic boycott to actually hurt Israeli workers, as well as Palestinians, by the way. Most of their exchanges are kind of trite. I’m more interested in Stewart’s core bitterness.

I ask you to read the following paragraph, which Stewart lets out near the end of the interview. It’s hot with pent-up rage:

I always want to say to people when they come at me like that: “I would like Israel to be a safe and secure state. What’s your goal?” So basically we disagree on how to accomplish that but boy do they, I mean, you would not believe the sh-t. You have guys on television saying I’m a Jew like the Jews in the Nazi camps who helped bring the other Jews to ovens. I have people that I lost in the Holocaust and I just … go f*** yourself. How dare you?

And now, read how he and Delek sum up the reasons for the conflict between Arabs and Jews in the Middle East:

Delek: The difference is, in my mind, that the west trumpets Israel as a realistic, functioning Democratic society.

Stewart: And then you look and say, “A thousand more acres in the West Bank? Why?” But I agree with you. I find it fascinating and troubling.

And there, in this trivialization of the conflict, lies the real separation, the real division into us and them. How many old lies are packed into this one, callused comment?

1. Gone are thousands of years of Jewish yearnings for the land of Israel, it’s now just a thousand more acres in the West Bank.

2. Gone are the spiritual aspirations of the half million Jews willing to endure harsh lives in what they insist is the land of their forefathers – it’s all just a thousand more acres in the West Bank.

3. Gone are the decades of Arab refusal to accept a Jewish entity in their midst, a refusal that only grows more virulent with every concession, that’s not the reason for the conflict, because it’s all about the Jews not giving up a thousand more acres in the West Bank.

4. Gone are the elementary love and respect for your people, your family, with whom you should feel free to disagree, but whom you really shouldn’t dehumanize by suggesting all their troubles stem for their inexplicable greed for a thousand more acres in the West Bank.

Jon Stewart is very good at expressing his own sorrow when his heart felt sentiments are reduced to death camp imageries, but, alas, he is entirely incapable of feeling the sentiments of the other side. And that’s truly sad. 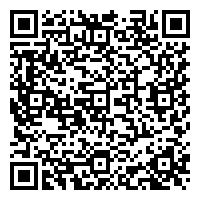