How well are Jews – and non-Jews – doing with regard to the Jewish state? If the question focuses on the highbrow world, and particularly its predominant persuasion of liberalism (or what is still called by that name), the answer that emerges from Edward Alexander’s new book is: not very well.

The State of the Jews: A Critical Appraisal is not a seamless polemic but rather a far-ranging collection of articles and book reviews that, as Alexander himself allows, are “in flight from unity, as perhaps all collections of essaysmust be in some degree.”

That said, the book holds together sufficiently well, being consistently concerned with the theme of how a beleaguered people – and particularly its most articulate individuals – copes or fails to cope with hostility and defamation.

Alexander, professor emeritus of English at the University of Washington in Seattle and longtime pro-Israel and pro-Jewish polemicist, begins with a look at some roots of liberal anti-Semitism and philo-Semitism in 19th-century England. Representing the former is the educator and author Thomas Arnold, who disliked Jews and would have allowed them to become English citizens only by converting to Christianity. Representing the latter are his son, poet and critic Matthew Arnold, who liked Jews and favored their integration in English society as Jews; and the philosopher John Stuart Mill, who extolled Jews’ contribution to civilization while not being overly fond of present-day Jews.

England, though, is one of the principal villains of this book, and by today not only has liberal English philo-Semitism vanished but, says Alexander, England has “declared war upon Zionism and the Jewish state and its inhabitants” and “become the most anti-Zionist and perhaps most antisemitic country in Europe.” And within that larger reality, it is “[English] Jewish Israel-haters” who “play an enormously disproportionate role in the blackening of Israel’s image and the relentless campaign to expel her from the family of nations.”

Thus Alexander reviews the demented anti-Israel activities and statements of the likes of the academics Steven Rose, one of the initiators of English attempts to boycott Israeli universities, and Jacqueline Rose, who has turned her critical opprobrium on “those wishing to denigrate suicide bombers and their culture.”

British Jews of the Roses’ ilk are ably assisted by non-Jewish English Israel-haters like the poet (or “poetaster” as Alexander calls him) Tom Paulin, who among other infelicities told an Egyptian paper that Jews living in the West Bank “should be shot dead,” or Ted Honderich, a philosopher of “mind and logic” who persistently praises the virtuousness of Palestinian terrorism.

Across the pond, leading American Jewish writers like novelist Saul Bellow and the critics Lionel Trilling and Irving Howe racked up a miserable record of sins of omission during the Holocaust, failing to write about it or show any particular concern for what was unfolding. That, at least, eventually evoked contrition, with Bellow writing in a letter to the writer Cynthia Ozick that “I was too busy becoming a novelist to take note of what was happening in the Forties. Growing slowly aware of this unspeakable evasion I didn’t even know how to begin to admit it into my inner life.”

That contrasts, Alexander points out, with present-day American Jewish Israel bashers like Tony Kushner, Noam Chomsky, Judith Butler, or the late Tony Judt, for whom alienation from Jewish national priorities is not cause for remorse but for self-celebration and strutting one’s superior morality.

In America and elsewhere, Alexander observes, such Jews invert the 19th-century notion of “a Jew at home, a man in the world”: generally devoid of Jewish culture in their personal lives, they start adducing their Jewishness when publicly excoriating Israel as a dark stain of evil on the face of earth.

There are, too, some good guys (and girls) in this book in addition to the younger Arnold and (equivocally) Mill. The 19th-century English novelist George Eliot, in Daniel Deronda, showed both prescience and deep sympathy toward the Jewish yearning to return to Zion. The late American Jewish author Marie Syrkin, while of socialist leanings herself, staunchly defended Israel when apathy or criticism were the going trends. Efraim Karsh, an Israeli emigrant in Britain, has with his book Palestine Betrayed definitively refuted claims of Israeli responsibility for the Palestinian refugee problem. The Israeli poet Abba Kovner was a heroic anti-Nazi fighter in Lithuania during the war and, after emigrating to Israel, a patriot and leading light of Hebrew literary revival.

Should we Ignore All the Rabbis Who Tell Us to Stay in America? 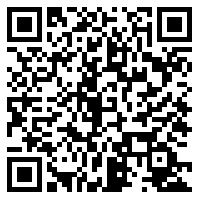