In its September newsletter, the New Israel Fund (NIF) urged Israelis to examine their behavior (“cheshbon nefesh”), declaring “We have been telling you for some time about the upsurge in hatred and incitement in Israel…”

But in Jewish tradition, the processes of introspection and atonement for sins of commission and omission begin at home, including for the NIF.

As the most powerful political and social framework in Israel outside of the government, NIF exerts major influence through its funding, providing millions of dollars every year to dozens of organizations.

The founding donors and officials sought to promote important social objectives in a Zionist framework. But over the years, the Zionist commitment became blurred, and money from pro-Israel donors was channeled to extreme anti-Israel organizations, including key supporters of the BDS (boycott, divestment and sanctions) campaigns.

NIF’s network also played a central role in the discredited Goldstone report, which falsely accused the Israeli military of systematic war crimes. In addition, while claiming to promote liberal, progressive Jewish values, a number of NIF-funded groups push highly intolerant and polarizing agendas, amplifying the impact of radical fringes in Israeli society, at the expense of the democratic consensus.

As a result, NIF is viewed with increasing suspicion by many Israelis and in a number of diaspora communities. In response, in September 2010, the NIF leadership belatedly adopted guidelines to prevent funding for groups that work “to deny the right of the Jewish people to sovereign self-determination within Israel.”

In some important cases, these guidelines have been implemented, and in 2011 the NIF ended funding for three NGOs – Mada al-Carmel, Al-Qaws, and Coalition of Women for Peace (CWP) – that promote demonization of Israel.

Unfortunately, NIF failed to publicly acknowledge the reasons for ending support, or to explain how these extreme groups were funded in the first place. Indeed, NIF remains a highly non-transparent organization, without the checks and balances or democratic processes that are necessary to prevent abuses and highly damaging mistakes in judgment.

While belatedly cutting off those three grantees, NIF continued to fund groups involved in global demonization campaigns such as Adalah, Breaking the Silence, Machsom Watch and Yesh Din.

In 2011, NIF also began funding for three additional divisive NGOs, including +972 Magazine, a blog pushing a radical fringe agenda. A number of +972’s bloggers have invoked the immoral and false “apartheid” analogy, and in a February 2012 interview in The Nation, Noam Sheizaf, +972’s editor-in-chief, referred to Jerusalem as an “apartheid city.”

In May of this year, +972 published a cartoon depicting Israeli Prime Minister Benjamin Netanyahu raping President Barack Obama and eating his limbs. And in September, Sheizaf used his twitter account to refer to critics as “the Jewish KKK” and “fascist” – reinforcing the image of the NIF network as exploiting a “progressive” and “liberal” façade for extreme polarization and hate speech.

In contrast to the actual behavior of the grantees, NIF has justified its funding for +972 as support for a “progressive view of domestic issues and Israel’s foreign relations” and of “broad public discussion and constituencies.” However, this English-only site is unknown to the “broad” Hebrew-speaking Israeli public. Rather, its targeting of an international audience with a message that demonizes Israel and attacks opponents (real and imagined) is entirely inconsistent with NIF’s stated aims and principles.

Another new grantee, Human Rights Defenders Fund (HRDF), also raises many concerns regarding NIF’s decision making. HRDF is administered by Lizi Sagie, who was forced to resign from B’Tselem in April 2010 after she referred to Israel’s Memorial Day as “a pornographic circus” on her personal blog. She then had a short stint as a co-director of ICAHD, a fringe Israeli NGO that supports a “one state” political formula – meaning the end of Jewish national sovereignty.

Michael Sfard is a key part of the HRDF operation, advising the board on “application of Aid Criteria when reviewing aid requests” and monitoring the “performance of attorneys receiving aid.” According to reports, Sfard is the lawyer for a group of defendants involved in a private libel suit and receiving funds through HRDF. These activities appear to contradict the NGO’s mandate, and create at least the appearance of a conflict of interest.

In addition, NIF authorized $162,430 for Sheikh Jarrah Solidarity Movement (SJSM) in 2011. This organization’s main activities revolve around confrontational protests in the Negev, East Jerusalem, and the West Bank. In March 2012, a very crude and offensive poster was posted on the official Facebook page of SJSM, and then removed after harsh criticism from some of its members and women’s rights activists. 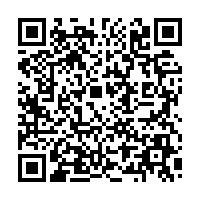