Nevertheless, both these political-psychological phenomena continually emerge in the public forum to disrupt the great debates on the issues of the day. Simply put, TDS and TO-BDS strike certain conservatives, not others, and the impact is striking.

In the United States, for decades Republicans looked to great conservative pundits including Bill Kristol, editor-in-chief of The Weekly Standard, and George Will, long-time Washington Post columnist, television-news analyst and author.

For me personally, I followed Will avidly, published articles in The Weekly Standard and exchanged a few friendly emails with Kristol. An early highlight in my career as a widely published opinion writer came when The Weekly Standard not only front-paged me but listed me above Charles Krauthammer. Only a week later, National Review began soliciting my articles.

And then came Trump. At first Will and Kristol simply became very outspoken opponents of the Donald Trump candidacy for the Republican presidential nomination of 2016. They were not alone; scores of highly regarded Republican conservatives shared their concerns, and for good reason. Trump was a blowhard with no formal political experience. He was insulting everyone around him, crafting childish nicknames and put-downs, and not clearly reassuring conservatives that any ideological underpinning guaranteed that, if elected, he would pursue a truly conservative agenda.

Trump entered the arena with a mixed political background. Over the years he had donated heavily to Democrats, had mingled socially with the Clintons and their ilk. One time he was for the war in Iraq, then against it, but maybe still for it or maybe still against it. He was against Planned Parenthood for their encouraging abortions but said he would continue funding the rest of their agenda. He was against the way American leaders always would get outwitted by the Chinese in trade negotiations, but he and his family themselves were doing profitable business in China. He was good for laughs at the contentious Republican debates, a veritable Catskills-quality kibbitzer, but where did he really stand? If elected, how much he would veer leftward while in office? Would American conservatives be electing yet another Republican who would prove not much different from the rejected Democrat just rejected? Would it be akin to electing Ariel Sharon over Ehud Barak, ending up with Gush Katif handed over to Hamas?

So initially it was understandable that Kristol, Will, and other conservative intellectuals recoiled from Trump. But, little by little, Trump started sending signals that became increasingly reassuring to the Republican rank-and-file. He persuasively explained that, as a building-construction magnate in New York City, he was compelled by business realities to support the local Democrat politicians who run that city and its larger state. He staked out very firm positions on regulating immigration, particularly through America’s porous southern border. He held steady and did not start shifting towards the political center as opponents started withdrawing from the race for the nomination. And, most memorably, he published a list of American jurists from which he would name future United States Supreme Court justices and elevate others to courts of appeal if elected. He won over the Republican base.

But not the small group of party elites who came to be known as the “Never Trumpers.” One by one, as Trump glided to their party’s nomination, these pundits very demonstratively abandoned the Republican Party. Even more glaringly—shockingly—they started announcing that they would vote for Hillary Clinton and other Democrat candidates that November. But what of the Supreme Court? With that body locked in a virtual 50-50 balance, with four conservatives, four liberals, and one unpredictable in the middle, the president elected in 2016 would have an historic opportunity to tilt the court either to the right or to the left. Would these Never Trumpers really vote for a Democrat presidential candidate whose platform stood antithetically to everything these pundits ever advocated? Would they support expanded government interference and over-regulation of the economy? More restrictions on religious freedoms and interference with religious practice? A continued weak approach to the expanding Islamic State caliphate in Syria, virtual capitulation to Iran under that terrible deal that Obama and Kerry crafted, more weakness at home and abroad? Would they really vote for Hillary and another four years of that?

Yes, they said. Yes they would. It did not matter that they were turning on everything they had propounded and professed for decades. Just… Never Trump.

They fell like flies: Kristol, Will, Joe Scarborough, Max Boot, Jennifer Rubin, John Kasich, Jeff Flake, David Brooks, Ana Navarro, and a whole long list. While scores upon scores of skeptical Republican conservatives initially had opposed Trump during the party’s nomination process, these elite hold-outs lost their political moorings so inexplicably that many on the right have identified the phenomenon as “Trump Derangement Syndrome.”

Whatever Trump touches becomes treif, akin to the Jewish dietary law about drinking wine from an opened bottle if poured or touched by someone ritually proscribed. Once Trump touched Jewish rights to sovereignty in Judea and Samaria by including that recognition in his so-called “Deal of the Century,” sovereignty there during the remaining Trump years became non-kosher for Never Trumpers.

If you live in Israel and cannot fully grasp the nature of such a derangement syndrome, consider the great Israeli patriot Moshe Ya’alon. The man devoted his life to fighting for his country and advocating an uncompromised Likud-oriented nationalist world view. Consider Yisrael Beytenu leader Avigdor Lieberman, who has lived across the Green Line in Judea for more than three decades. In the abstract, it is hard to identify more conservative patriotic Zionists than they. Yet they hate Prime Minister Binyamin Netanyahu so passionately that, when faced with forming a unity government with Likud or aligning instead not only with their ideological antipodes, extreme leftists in Meretz, but even with anti-Zionist Knesset members from the Joint Arab List, including people who openly have voiced sympathies with Arab terrorists, Ya’alon and Lieberman chose the latter.

On the surface, such a choice is incomprehensible. Indeed, Ya’alon’s own Telem Knesset partners, Yoaz Hendel and Zvi Hauser, ultimately had to break off from him and form their own two-man faction because they could not fathom participating with those committed to ending Zionism. But Ya’alon and Lieberman suddenly become quite understandable when viewed psychologically instead of politically. It is a derangement syndrome for our times. In America, TDS. In Israel, the other BDS. Hopefully, the vaccine for this one yet will be found. 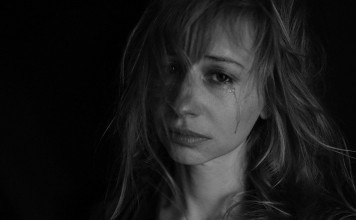