I spent much of February, March, and April (excluding the week of Pesach when there was a break in the trial) in the federal courthouse in Trenton, New Jersey, as the lawyer representing one of four defendants in a criminal jury trial.

The charges were that the four Orthodox Jewish defendants had committed the federal offenses of conspiracy, kidnapping, and attempted kidnapping. The case received substantial publicity when, in October 2013, eight Orthodox Jews were arrested in Edison, New Jersey, and two Orthodox rabbis were arrested in their homes in a federal government “sting” directed at rabbis and others who participated in physical assaults designed to force recalcitrant husbands who, notwithstanding rabbinic decrees, refused to authorize the writing of Jewish divorces (gittin) for their wives.

After deliberating for almost four days, the Trenton jury, which had six men and six women and only one Jew, returned its verdict on April 21.

The prosecutor began his opening statement to the jury by summarizing the evidence he believed would justify finding the four defendants guilty. His words, as recorded by the trial transcript, painted a picture of an ongoing criminal kidnapping conspiracy lasting from 2009 to 2013:

You are going to hear as part of this conspiracy in 2009, the defendants and their co-conspirators lured a man named Israel Markowitz from Brooklyn, New York. They grabbed him, they tied him up and they threw him in a car, and beat him until he did what they wanted him to do.

You are going to hear in 2010 the defendants and their co-conspirators lured a man named Yisrael Bryskman from Brooklyn, New York, to Lakewood, New Jersey.

They grabbed him, they handcuffed him, and they beat him until he gave them what they wanted.

You are going to hear in 2011 the defendants and their co-conspirators broke into the apartment of two men, Usher Chaimowitz and Menachem Teitelbaum. They grabbed them. They tied them up, and they beat them both until Chaimowitz gave them what they wanted.

And you are going to hear in 2013, the defendants and their co-conspirators planned to kidnap an undercover FBI Agent in connection with this FBI operation.

So what was it that the conspirators, the kidnappers, wanted to get. They wanted the victims to participate in a religious ceremony to provide their wives with a get.

The victims of the alleged 2009 and 2010 beatings testified at length during the jury trial. Markowitz’s testimony, given on March 17, 18, and 19, covered approximately 250 pages of the trial transcript. He swore that in 2009 he was beaten after he refused, notwithstanding a rabbinic directive, to give his wife a get. He testified that he knew of the seruv issued against him because he appeared in the Seruv Listing of The Jewish Press.

Yisrael Bryskman’s trial testimony covered more than 180 pages of the transcript of March 10 and 11. He described how he had fled Israel after refusing to give a rabbinically-ordered get and was beaten in 2010 so as to go “through the divorce procedures.” An individual who participated in compelling Bryskman to give a get in 2010 pleaded guilty and testified as a government witness, supporting Bryskman’s account. That testimony, given on March 11, 12, and 16, and took almost 500 pages of the transcript.

The prosecution never called to the witness stand the third victim of violence allegedly perpetrated in 2011 by the “defendants and their co-conspirators” to force a get. Instead of seeing Usher Chaimowitz – the recalcitrant husband the prosecution had identified – the jury heard on March 2, 3, 4, and 9 (trial was not held on Purim or on Fridays) – from an Israeli who was Chaimowitz’s roommate in Boro Park. The roommate claimed that early-morning intruders into their bedroom had beaten him and Chaimowitz to force Chaimowitz to authorize the writing of a get. 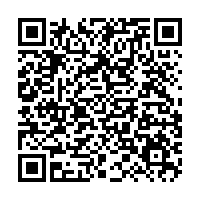