PM Netanyahu met with IDF soldier Damas Pikada who was brutally beaten up by an Israeli policeman, setting off protests by the Ethiopian community in Israel.

Pikada told Netanyahu his life story, which was a very tough one. Pikada is an orphan, his father died in Ethiopia and his mother died of cancer. He lives with his brothers, one of whom serves in the Air Force.

Pikada proudly serves in the IDF, and he praises the current protests, but condemns the violence by both the police and citizens. 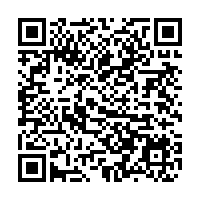