Listen to children playing and within moments you will likely hear an argument of this nature: “It’s mine.” “No, it’s mine, I found it first!”

These same words are used in the famous Talmudic chapter dealing with two people simultaneously grabbing an article and claiming sole ownership. This discussion is in the middle of the Talmud and hints to the centrality of the argument in the human experience. The resolution given in the Talmud is that the litigants compromise and receive half the article’s worth.

Two parties laying claim to one article is hardwired into physical human existence. No two people can occupy the exact physical location simultaneously. It seems that God, who placed humans in this world, wants us to learn to peaceably resolve these arguments wherever and whenever they occur.

We have all felt the sting of the latest UN resolution against Israel, which basically delegitimizes Jewish historical claims to Eretz Yisrael. We blame specific countries, officials, and their underlings for setting Israel up. Fingerprints have been found – and even the gun, which some say is still smoking. But maybe we are like the dog biting the stick that hit it. Perhaps we are not seeing what is truly going on and who is really at fault.

The challenge many observant Jews fail to undertake is to ask themselves why they live the way they do.

To answer these questions one must look straight into the mirror and be extremely honest. The exercise can be challenging and frightening but it is necessary to determine if we are following God’s law because we truly believe in it. Or do we pretend to believe in the Torah but in reality cave in to peer pressures or act this way for other self-serving reasons?

My 99-year-old aunt used to say, “Not using God’s name in vain means not signing your checks with His name.” In other words, don’t espouse your own philosophy and call it God’s.

People who are insecure about their way of life argue with others in order to convince themselves that they are correct and maintain a position that Truth is exclusively theirs.

When we are confident in our position and our way of life, there is no need to convince others or get into emotionally charged arguments. When we interact with less observant Jews our intention is to help and contribute goodness to them. Why would anyone scream at another Jew for not following Torah unless there is something deeply unsettled within the screamer’s heart?

In Malcom Gladwell’s book Blink, the author considers the famous study by John Gottman in Baltimore. Hundreds of new couples were videotaped as they discussed the most contentious issue between them. Gottman was able to predict with 95 percent accuracy who would be together in five years and who would not. Gottman found that if contempt was present in the argument between the couple, it spelled a definitive end for the relationship.

Contempt is present when an argument gets personal and mean. It is when we find the other person to be the problem, not the problem itself.

How we deal with conflict is as important – if not more so – as the way in which we deal with friends and loved ones. Pirkei Avot urges us to remove anger from our hearts. Sinat chinam is hatred and anger based upon nothing of substance and is the reason we lost the Temple 2,000 years ago. Genuine concern was not at the center of debate, arguments became personal and toxic, and poisonous contempt was everywhere.

Contempt sickens society, destroys relationships, and brings all sorts of evil upon society. Contempt for one another is what led God to take the Temple Mount away from us two millennia ago.

After suffering through a long and brutal history we have finally come home and regained our Kotel. But now Hashem looks down and sees us not respecting one another, arguing and disagreeing with anger and contempt – and like a parent He shakes His head in disbelief that His children have not learned from the stern punishments He has meted out.

“Do you need Me to take it away from you again?” He asks His contentious children.

Could it be that we have brought upon ourselves UN Resolution 2334? Is this another warning from God? Contempt for one another will rip us apart and accomplish no good. After 2,000 years, are we not ready to finally give up the sinat chinam?

Do Not Reward Bad Behaviour: Trump Must Bury the Anti-Semitic UN Resolution 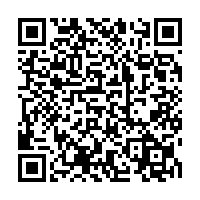