The Gemara (Kiddushin 71a) says that when Hashem told Moshe Rabbeinu, “Zeh shemi l’olam, v’zeh zichri l’dor dor – This is my name forever, and this is my name for every generation” (Shemos 3:15), He was teaching him two distinct names of Hashem – one that is written and one that is pronounced. (Rashi explains that we derive this from fact that Hashem did not say “Zeh shemi v’zichri.”) Hashem’s written name is spelled Yud, Kei, Vav, Kei, yet it is pronounced as if it were spelled Alef, Daled, Nun, Yud. (We will refer to this name as Adnus.)

The Brisker Rav explains that this drasha fits beautifully into the wording of the pasuk. The beginning of the pasuk, “Zeh shemi l’olam,” refers to the written name of Hashem that is part of the written Torah – which has been and will always be around. And the latter part of the pasuk, “v’zeh zichri l’dor dor,” refers to the pronunciation of Hashem’s name – which is part of Torah Shebe’al Peh that is passed down from generation to generation.


The Brisker Rav offers another explanation as to how this drasha fits into the wording of the pasuk. The Gemara (Pesachim 50) derives from the famous prophecy “bayom hahu yiheyeh Hashem echad, u’shemo echad” that in Olam Haba we will read the name of Hashem as it is actually written. Therefore, the first part of the pasuk, “zeh shemi l’olam,” refers to the written name because that name will be used forever, even in Olam Haba. The second part of the pasuk, “l’dor dor,” refers to the name that we pronounce because that name is only used in this world; it will not used in the World to Come.

In any event, the pronunciation of Hashem’s name does not correspond to its spelling. What we pronounce is very different from what we spell. It is like a kri u’kesiv, a word that is spelled one way in the Torah but which we have a mesorah to pronounce a different way.

There is a machlokes, though, whether Hashem’s name is actually a kri u’kesiv. Are we pronouncing the word differently than it is spelled as is the case with a regular kri u’kesiv? Or is Yud, Kei, Vav, Kei actually properly pronounced as if the letters written were Alef, Daled, Nun, Yud? The Brisker Rav, in his sefer on the Rambam (Hilchos Avodah Zarah 2:7) writes that Yud, Kei, Vav, Kei is actually properly pronounced as Adnus.

The Rambam writes that if someone blesses the Shem Hameforash (Hashem’s name) lashon sagi nahor (i.e., he did the opposite of bless), he is put to death by stoning. According to the Rambam, this applies to one who blesses the name Adnus. The Brisker Rav explains that this is because Adnus is how one pronounces Yud, Kei, Vav, Kei.

The Chasam Sofer (hashmatos to teshuvos, Choshen Mishpat 192) disagrees with the Brisker Rav. He writes that Yud, Kei, Vav, Kei is a regular kri u’kesiv whereby we read a different word than the one that appears in print. The Shem Hameforash that is spelled Yud, Kei, Vav, Kei is properly pronounced as written, but we do not pronounce it. We recite the name Adnus in its place as a reference to that name; it is not the actual pronunciation of Yud, Kei, Vav, Kei.

Why, then, does one receive the death penalty for blessing the name Adnus? Because that too is a name of Hashem; that too is a Shem Hameforash.

There is a machlokes regarding whether one is required to read a general kri u’kesiv by looking at the word or if one may say the word by heart. For example, there is a word written as “yishgalenah” which is pronounced “yishkavenah” (Devarim 28:30). The Pri Megadim (Orach Chayim, Eishel Avraham 141:9 and Mishbetzos Zahav 143:2) says that the ba’al ko’re need not look at the written word since he is not reading that word; rather, he should recite the correct pronunciation by heart. The Shaarei Efraim (3:13) and Rav Moshe Feinstein (Igros Moshe, Orach Chayim 1:32:6 and 3:43), however, maintain that the ba’al ko’re must look at the written word as he says the different word.

Rav Moshe (Igros Moshe, Orach Chayim 4:24) writes that according to the Brisker Rav – who maintains that Yud, Kei, Vav, Kei is not a kri u’kesiv and is actually properly pronounced as Adnus – even the Pri Megadim (who says that one generally need not look at the written word when reading a kri u’kesiv) will agree that the ba’al ko’re must look at the shem of Yud, Kei, Vav, Kei while he says Alef, Daled, Nun, Yud.

Seeing Hashem’s Hand Through The Pain 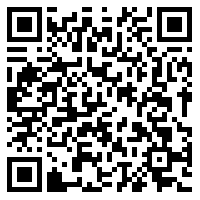