Following the mass terror attacks in Paris on November 13, Israeli companies specializing in security, intelligence and law enforcement technology have noted an increased interest and demand in their products and services by European clients.


The Paris attack and the following attempted attacks and security threats to Belgium and Germany occurred days before the Milipol exhibition, an annual international event on internal state security technologies in Paris. Twenty-four Israeli companies participated in the exhibition and noticed a heightened interest around the Israeli booth.

According to the Israel Export and International Cooperation Institute (IEICI), which coordinated the Israeli booth at Milipol 2015, despite the short time that passed since the Paris attack, greater interest in intelligence and preventative solutions produced by Israeli companies, has been evident.

“After the Paris attack, Brussels issued a ‘State of Emergency’ which raised interest from Belgian authorities, as well as authorities from other E.U. countries in our software,” a representative of the Israeli startup BriefCam told Tazpit Press Service.

According to BriefCam sources, Belgium has issued an emergency request for immediate supply of the Israeli product. There are also ongoing negotiations with national and security authorities in Germany and Italy as well as municipalities.

Terrogence is another Israeli firm that piqued international interest. Composed of Israeli Intelligence Corps veterans, Terrogence scours the deepest corners of the Internet in public and private forums in a variety of languages to locate and analyze viable intelligence. A wide array of organizations can then use this intelligence to investigate or prevent attacks.

According to the IEICI, Israeli export in the field of homeland security was estimated at $1.4 billion in 2014 and is expected to stay in that range throughout 2015. 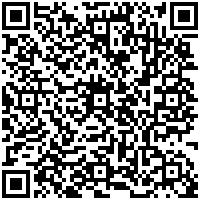