There are in general two, and only two, approaches to the Arab campaign of violence against Israel.


The second approach holds that the only way to end Arab violence is to suppress it militarily and with force. School B holds that the key to ending Arab aggression against Israel is with toughness. (School A would object even to the characterization of Arab behavior as aggression because it might offend Arabs.) School B holds that Arab violence has escalated over the past two decades because Israel has attempted to deal with it using niceness, and niceness produces escalated Arab aggression and increased atrocities.

There are no other schools of thought.

For the past two decade, Israel under governments of BOTH the Labor Party and the Likud have attempted to deal with the deteriorating situation in the country using School A. The entire Oslo “process” is based on the underlying assumptions of School A. For those who believe in School A, removing Israeli control over the Palestinians will lower tensions, lower frustrations, and show the Arabs and the world that Israel is nice. For believers in School B, such a program is a guaranteed tool to increase terror and violence and aggression. For School A, the key to peace is to show niceness that grants to the Palestinians “hope”. For School B, the hope that the Palestinians are so granted is the hope of destroying Israel and driving out its population, and so the key to peace is to take away Palestinian hope.

If you believe in School B, there is NO set of conditions for relinquishing Israeli control over the West Bank that will result in anything other than a bloodbath. According to School B, the only way to prevent such a bloodbath is to use force and exercise indefinite iron-fisted control over the Palestinians and over these areas. In the eyes of the B-sters, any area released from Israeli control, no matter how small or how large, will be used by the Palestinians for the single purpose of murdering Jews and attacking Israel. In their view, all relaxation of toughness and iron-fisted suppression of the Palestinians will be understood by them and by the Arab world as proof of weakness and vulnerability and destructibility of Israel.

Ever since 1967 virtually the entire Israeli political system has believed in School A. This is why Israel never seriously attempted to de-nazi-fy the Palestinians. It is why it never responded to acts and words of provocation by Palestinian fascists. It is why it never seriously tried to establish a puppet regime of Palestinians it could control, analogous to the Northern Alliance in Afghanistan set up and controlled by the Americans. Israeli ‘A-sters’ wanted “genuine” Palestinians, and genuine Palestinians of course want dead Jews Every single political party in Israel, except possibly for some small groups and splinters on the Right, believe in School A. This includes the Likud. The entire world outside Israel without exception belongs to School A.

School ‘A-sters’ explain Palestinian savagery and barbarism as reflections of insufficient Israeli niceness. But they have a problem. The worst wave of Palestinian atrocities came right after the greatest exhibition of Israeli niceness, when Ehud Barak agreed to grant the PLO all of its publicly enunciated demands, short only of its non-enunciated demand of annihilating Israel. A-sters have been having difficulties coming up with a convincing explanation for this. For B-sters, the explanation is obvious: it simply proves how false is School A.

More generally, the years of Oslo should be seen as a laboratory test of School A. If these have produced nothing but escalation and atrocities by the Palestinians, this cannot be seen as anything other than a proof of the falseness of School A.

Why were there virtually no exhibits of violence, or even verbal opposition, when the Allies occupied Japan and Germany after World War II? The answer is very simple. No one in the world at the time believed in School A. Certainly the Japanese and the Germans understood that there was no School A. There was so little violence because the defeated Axis countries understood that the response to any such violence or opposition would be mind-numbing harshness from the occupiers. As a result of the threat of savage harshness, the occupation turned into a benign and pastoral scene of tranquility that led to the emerging of the occupied as civilized citizens of the planet. Those occupations were relatively short because they were based on School B. In some cases they simply expelled the German populations from Eastern European countries altogether.

Had they employed School A, Germany and Japan would even today be scenes of torchlight nazi parades and nonstop atrocities committed against the Western democratic countries and their citizens. All accompanied by nonstop media attention to the insensitivity and brutality of the occupying powers. With the German minorities in all the other European countries bombing markets and buses to show their frustration and the justice of their cause.

In NYC, Winter Storm Stella Brought A Mess But No Disaster 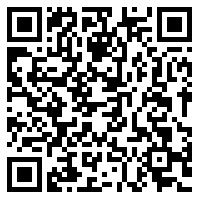