American-Israeli journalist Jeffrey Goldberg (New Yorker, Atlantic Monthly) is probably the closest thing today to a traditional, secular Jewish American journalist, hated equally by the right and the left. His view of Israel is sober, and he often gets the Israeli mindset more accurately than most American fellow travelers. On Monday night, Goldberg lost it over a story in the English language Ha’aretz, which has been consistently further out there on leftwing planet than its Hebrew language sister.

“I think I’m getting ready to leave Ha’aretz behind, actually,” Goldberg tweeted, linking to a Sunday Ha’aretz story titled “We’re American Jewish Historians. This Is Why We’ve Left Zionism Behind.”

Written by Hasia Diner and Marjorie N. Feld, the article included blatantly hostile statements, reminiscent of drivel issued by Neturei Karta and any of the varieties of “American Rabbis for Peace” groups out there. Taking into account that Diner is a professor of American Jewish history at New York University, and Feld is professor of history at Babson College, we should probably sit shivah on our expectations of sane evaluations of Israeli history emanating from those two learned ladies.

“The death of vast numbers of Jewish communities as a result of Zionist activity has impoverished the Jewish people, robbing us of these many cultures that have fallen into the maw of Israeli homogenization,” was one of Hasia Diner’s paragraphs, fit for a KKK Wizard.

And, another from Diner: “I feel a sense of repulsion when I enter a synagogue in front of which the congregation has planted a sign reading, ‘We Stand With Israel.’ I just do not go, and avoid many Jewish settings where I know Israel will loom large as an icon of identity.”

Hasn’t she heard the adage, If you don’t have nice things to say, don’t say anything?

Marjorie Feld, who wrote that “in all facets of my very Jewish upbringing I was immersed in Holocaust education,” taught her readers that “the founding of Israel was the Nakba, the great catastrophe, for Palestinians, with ethnic cleansing, destruction, and no right of return.”

Goldberg’s distancing himself from the rabid Ha’aretz crowd (in English — the Hebrew version may be aggressive, but it’s still quality journalism, just remove the attitude and you can figure out what really happened — the way folks used to do with Pravda, or Yisrael Hayom) was met with nasty responses from the nuts community.

Peter Kofod tweeted that Goldberg was “Warmonger/former prison guard who lied to cover up, is also an idiot re anti-Semitism”

He provided a link to a website called S.H.A.M.E. Project, which drags out the cherry picked negative comments from its target’s body of work, sans context (because context requires deliberation and examination, comparison and evaluation, which, like, take time). If the reader is interested, the disgusting hatchet job is up there.

Goldberg tweeted back: “I like a lot of the people at Haaretz, and many of its positions, but the cartoonish anti-Israelism and anti-Semitism can be grating.”

Seth Frantzman (Jerusalem Post) rehashed an old grievance: “Jeffrey Goldberg has accused me of ‘enabling baseless hatred’ when I’ve done more than most to help victims and refugees.”

Goldberg: “It’s difficult to acknowledge that you enable sinat hinam. I understand.”

Lisa Goldman: “Are there any women participating in Jeffrey Goldberg’s rumble in the jungle over Haaretz’s allegedly Jew hating ways? Right. Thought not.” Ah, discrimination, because the two history hate mongers were gals, and Goldberg is part of the patriarchy. She also suggested: “Haaretz friends: Jeffrey Goldberg is not that important. Clearly anyone who tweets it’s an *anti-Semitic* paper is an anti-intellectual.”

He works for the Atlantic, lady. You work for 972 Mag, a website only a shaheed’s mother can love.

At some point, Goldberg became entangled in a one-on-one with Ha’aretz publisher Amos Schoken, and tweeted a message of peace: “There’s a lot of good journalism in Ha’aretz, however. Mixed in with the nutty stuff.”

Schocken tweeted: “I wouldn’t call it nutty. I don’t agree with it, I think they ignore history of the Jews,” adding, “But when Israel has such problem in American universities, how can one ignore it?”

To which Goldberg snapped back: “Amos, what you don’t understand is that the problems on campus are caused in part by crap like this.”

Schocken: “Maybe it adds but it is a position of two university teachers, it has to be argued with, not discarded.” Ha’aretz is probably the only newspaper with decent-distribution in Israel that devotes equal if not more coverage to the Nakba point of view, versus the normative Israeli narrative.

At which point Ami Kaufman, co-founder of 972 Mag, tweeted, “How ‘Trump-esque’ to call a legitimate position ‘crap’ and ‘nutty.'” Then: “Israeli policies cause ‘problems’ on campuses, not the opeds that critique them.” Spoken like a man who never faced crowd-wilding by SJP thugs on his way to the dorms.

Goldberg: “That is not an accurate statement. Visit campuses, talk to university presidents, and learn.”

Goldberg tweeted a response to Ha’aretz correspondent Anshel Pfeffer: “Look, when neo-Nazis are emailing me links to Ha’aretz op-eds declaring Israel to be evil, I’m going to take a break, sorry.” He included a link to a column by Gideon Levy titled, “Stop living in denial, Israel is an evil state.” Gideon Levy is that shaheed’s mother’s other favorite read.

Minister Gilad Erdan (Likud) entered the fray, quite unexpectedly, praising Goldberg: “Wow. No words.” Truth be told, a tweet on the back from a Likud cabinet minister was probably the last thing Goldberg needed at that moment, and he scolded Erdan: “Thanks for the retweet, but I’d prefer it if you spent more time protecting democracy in Israel.”

Gilad Erdan is Minister of Public Security, so, yes, he is in a good position to mess up or protect democracy in Israel. But why S.H.A.M.E. a man for being nice to you?

Yes, you can get the boy out of the red diaper summer camp, but not vice versa . 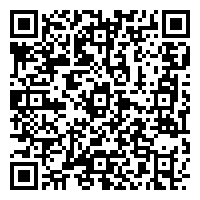