The U.S.-brokered peace deal between Israel and the United Arab Emirates, which is scheduled to be finalized this week at the White House, strikes a major blow to the twin forces of Islamic imperialism and terror in the Middle East: the Sunni Muslim Brotherhood and the Shi’ite regime in Iran. The tripartite alliance between the United States, Israel and the UAE, openly supported by Saudi Arabia, Oman, Bahrain, Sudan and Morocco, gives an institutional structure to a pro-American regional bloc of moderate, anti-jihadist governments all with proven track records of action against the Muslim Brotherhood, Iran and their surrogates.


Based as it is on shared interests, the Israel-UAE alliance is likely to persevere in the years to come. But America’s continued participation in the alliance is significantly tied to the outcome of the presidential elections.

In 2014, the UAE published a list of 82 designated terrorist groups. Nestled between al-Qaeda and Islamic State (ISIS) was the Council on American Islamic Relations, or CAIR, a group with deep ties to the Democratic Party.

The UAE designation was not a slander. As former U.S. prosecutor Andrew McCarthy chronicled in his 2010 book, “The Grand Jihad: How Islam and the Left Sabotage America,” CAIR was founded in 1994 as a front organization for the Muslim Brotherhood and its Palestinian branch, Hamas. In conjunction with other Hamas/Muslim Brotherhood front groups and fundraising arms, CAIR’s job was to promote political Islam. Its operations, based in Washington, were to focus on political influence. To achieve this end, it presented itself as a civil rights organization.

Likewise, CAIR consistently refuses to condemn any terror attacks committed by Hezbollah or Hamas. Making this refusal explicit, in 2004, CAIR Executive Director Nihad Awad said, “If they want us to condemn a liberation movement inside Palestine or inside Lebanon they should condemn Israel dozens of times on all levels at all times, and we will not condemn any organization.”

Seven CAIR leaders have been convicted on terrorism charges. One of the convicted terrorists, Ghassen Elashi, had two jobs. Together with his brother in law, Hamas leader Mussa Abu Marzouk, Elashi founded the Holyland Foundation for Relief and Development, (HLF). HLF was Hamas’s fundraising arm in the United States. He was also the founding director of CAIR’s Texas branch. Following 9/11, federal authorities began investigating HLF and its ties to Hamas and in 2004, HLF was indicted for transferring millions of dollars to the Palestinian terror group. It was found guilty in 2007, and Elashi was sentenced to 65 years in prison. CAIR was named in the trial as an unindicted co-conspirator.

One of the means CAIR uses to block criticism of jihadist Islam is intimidation. Rejecting criticism of Islam as “Islamophobic,” opponents of the group risk being labeled as “hate groups” by CAIR or its allies if they dare to speak out against CAIR’s positions and goals. For instance, in 2014, CAIR waged a very public campaign to cancel showings on college campuses of “Honor Diaries,” a documentary by Muslim women exposing the cruelty suffered by women and girls in Islamic societies. The same year, CAIR compelled Brandeis University to cancel its plan to confer an honorary degree on Muslim feminist and human rights activist Ayaan Hirsi Ali.

Likewise, CAIR disparages and seeks to delegitimize counterterrorism investigations and investigators as “Islamophobic.” A civil suit filed by the estate of 9/11 victim and former high-ranking FBI counter-terrorism agent John O’Neill, Sr. asserted that CAIR’s goal “is to create as much self-doubt, hesitation, fear of name-calling, and litigation within police departments and intelligence agencies as possible so as to render such authorities ineffective in pursuing international and domestic terrorist entities.”

CAIR actively supports the anti-Semitic boycott, divestment and sanctions campaign that seeks to ostracize Jewish supporters of Israel and economically harm Israel. Like Hamas, its members and leaders reject Israel’s right to exist. Although CAIR leaders and spokesmen insist that their rejection of the Jewish people’s right to self-determination and support for Hamas (whose covenant calls for the genocide of Jewry) is not anti-Semitic, CAIR leaders and spokesmen have often made inarguably anti-Semitic statements.

For instance, addressing a pro-Hamas rally in Washington, D.C., during the terror group’s 2014 war against Israel Awad, called Israel a “terror state,” and accused the pro-Israel lobby AIPAC of controlling and corrupting U.S. politics. In his words, “AIPAC should have its hands off the United States Congress. They have corrupted our foreign policy; they have corrupted our political leaders.”

Like the Clinton administration before it, the George W. Bush administration was eager to develop outreach with Muslim Americans and CAIR was a beneficiary of that outreach. But in the aftermath of the 9/11 attacks, the Bush administration gradually began changing its position. In 2008, following the HLF trial, the FBI cut off its ties with CAIR.

Back home, among other things, Obama embraced CAIR.

According to terror researcher Patrick Poole, after the HLF verdict, in 2008 federal prosecutors in Dallas intended to indict CAIR for its role in terror funding. Shortly after entering office, then-attorney general Eric Holder ordered the Dallas prosecutors to end legal action against the group.

Since 2014, CAIR has focused on grafting its anti-Israel and anti-Semitic positions onto the Black Lives Matter (BLM) movement. Using the progressive language of intersectionality, CAIR and its allies expanded their anti-law enforcement campaign to include a campaign to demonize policing in African American communities. The narrative they developed claims that African Americans are “Palestinians” and U.S. law enforcement groups are “Israeli security forces.” The campaign has been wildly successful. In 2016, BLM published a charter that explicitly embraced CAIR’s positions. Israel was castigated as an “apartheid” state that was committing “genocide.” BLM endorsed the BDS campaign and called for the United States to end its military support for the Jewish state.

The Movement for Black Lives, an umbrella group that encompasses BLM, has published identical anti-Semitic positions in its platform. BLM demonstrations in recent months have included the defacing of synagogues and Jewish businesses with anti-Semitic graffiti in Los Angeles, Kenosha and other cities.

The inroads CAIR and allied activists and groups have made with BLM have earned it a powerful position in the progressive wing of the Democratic Party—currently the most powerful wing in the party. CAIR-allied politicians Ilhan Omar and Rashida Tlaib have advanced CAIR’s anti-Israel and anti-Jewish positions on the national stage. And CAIR in turn has been quick to castigate their critics as “Islamophobic.”

In January, CAIR announced it was launching a voter drive to register a million Muslim Americans to vote. As a sign of the group’s political power, 120 lawmakers, (117 Democrats and three Republicans), wrote letters of support for CAIR ahead of its annual gala that month.

In July, CAIR participated in the Million Muslim Voter Summit which endorsed and hosted Democratic nominee Joe Biden. Speaking at the conference, Awad noted that as a 501(C)3 organization, CAIR is barred from endorsing political candidates. He immediately added, “However … we have the pandemic of racism that has been elevated, promoted and endorsed by this administration…. The White House is championing anti-Muslim, anti-immigrant, anti-black policies … I would like to hear on behalf of our constituents … from Vice President Biden, how soon is he planning to repeal the Muslim ban?”

Attesting to CAIR’s influence in the Democratic Party, in his remarks at the summit Biden pledged to end the so-called “Muslim ban” on “day one” of his administration.

At the Democratic Convention last month, CAIR ally and outspoken anti-Semite Linda Sarsour spoke at an event at the convention’s Muslim Caucus. Awad also spoke at the event. Sarsour’s prominence and notoriety for her repeated, well-publicized slurs of Jews has made her a lightning rod and her participation in the convention raised the hackles of Jewish activists and ignited Republican condemnation. Biden’s campaign spokesman Andrew Bates quickly distanced the campaign from Sarsour, condemning her bigotry and disavowing the BDS campaign she supports.

CAIR was infuriated. Awad condemned the campaign for distancing itself from Sarsour. “The Biden campaign has a long way to go to gain support from American Muslim voters,” he said.

Other Muslim and progressive groups including CodePink and MoveOne.org piled on.

In the hopes of controlling the damage, Biden’s top campaign advisers held a conference call with Muslim activists to apologize. Tony Blinken, Biden’s top foreign policy adviser apologized profusely and pledged that a Biden administration will be “genuinely inclusive” and ensure Arab and Muslim representation at the decision-making level.

Given CAIR’s power in the Democratic base, it is hard to imagine Biden long maintaining his anti-BDS position in any meaningful way. It is also hard to imagine a Biden administration building on the Israel-UAE alliance to strengthen America’s allies in the Middle East. 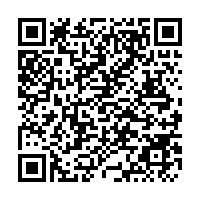