To the chagrin of supporters who confidently predicted otherwise, J Street failed to receive the votes it needed for admission into the Conference of Presidents of Major American Jewish Organizations. So now, they have a new spin.

Had J Street won the vote, of course, its supporters would have claimed the vote was a victory for a “wider range of views on Israel” and, of course, democracy. But having failed in their efforts, supporters have responded with unbecoming condemnation of that same democratic process. The Conference of Presidents followed its by-laws which require a new applicant to receive the support of two-thirds of the members present, with at least three-quarters of the total membership in attendance.


“An analysis of the vote,” argues the Forward, “indicates that J Street enjoyed the support of liberal groups, Reform and Conservative organizations and several major players, including the Anti-Defamation League and the Jewish Council for Public Affairs. The majority voting against it were right-wing and Orthodox organizations, as well as smaller groups with no clear ideological leaning.”

The Conference has 49 voting members, of which 17 supported the admission of J Street, 3 abstained, 22 voted against, and the others didn’t care to attend. To claim that the majority of the members, 34 organizations, are right-wing, Orthodox, or have no clear ideology, is untrue and ridiculous.

In this case, perhaps more than most, the vote represented the consensus of the American Jewish community, which regards J Street and its policies to lie beyond the pale. Even the Anti-Defamation League President Abraham Foxman, in announcing that he would vote in favor, said he did so, not because the ADL supports J Street’s views, but to define American Jewish advocacy more broadly.

Nonetheless, Reform leader Rabbi Rick Jacobs has responded to the vote by announcing that the Union of Reform Judaism may consider dropping out of the Conference of Presidents entirely. Similarly, Rabbi Julie Schonfeld, Executive Vice President of the Conservative movement’s Rabbinical Assembly, has claimed the vote was unrepresentative, and called on the Conference of Presidents to examine their structure – claiming that J Street would have won the popular vote of the organizations’ memberships.

In addition, the Conference by-laws were last updated under the committee chairmanship of Rabbi Joel Meyers, then, Executive Vice President of the Rabbinical Assembly of Conservative Judaism. This reminds me of the kid in the school-yard who makes the rules, in his favor, but when he loses the game, claims it was unfair.

In making these declarations, Rabbis Jacobs and Schonfeld presume to speak for the aggregate membership of the Reform and Conservative synagogues nationwide. Is the majority of the membership of AIPAC not comprised of Reform or Conservative Jews? Needless to say, they don’t support J Street. Many Reform and Conservative Jews that I have spoken to in the last few weeks have told me, that they believe that J Street is not healthy for Israel. I wonder what the individual members of these movements really think.

Leaders of the Reform and Conservative movements like to say that they represent the majority of American Jews. The recent findings of the Pew report debunk that myth. Today, unfortunately, the “Jews of no religion” are the fastest-growing Jewish group; they care little, if anything, about Judaism or Israel. How many families in these movements joined congregations because membership (and Hebrew school) were prerequisites for Bar and Bat Mitzvahs, and not because they endorse the positions or policies advocated by the Rabbis? 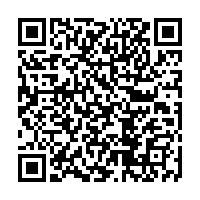