Indeed, the administration has apparently concluded that any criticism is driven by a vast right-wing conspiracy. As one insider explained to Politico, as a result of the Wiesel and Lauder ads, the administration “finally figured out there is a campaign being run against them.”


According to Newsweek, White House Chief of Staff Rahm Emanuel “begins his meetings with Jewish leaders with a warning: if anything leaks, he says, according to several participants in such gatherings, neither he nor anyone else in the White House will ever speak to the leaders again.”

Most in the Jewish establishment are therefore frightened that President Obama might become angry with them. One anonymous “Jewish leader” told the Jewish Telegraphic Agency about the World Jewish Congress headed by Lauder: “For all intents and purposes, the WJC’s relationship with the White House ended last week. That’s not a relationship that pro-Israel groups can afford to have over the next couple of years.”

Despite their failure to have any influence over the Obama administration, the establishment groups continue to think that a “relationship with the White House” exists and must be maintained. As a result, criticism of Obama is to be avoided at all costs.

This failure to challenge Obama has allowed administration officials to delude themselves into thinking that only a small, vocal and politically motivated segment of Jews opposes Obama’s Mideast policy. In fact, a new Quinnipiac University poll shows that by a margin of 67 percent to 28 percent, American Jews oppose Obama’s handling of Israel.

The good news is that the grassroots opposition to Obama’s policies is finally finding expression. This led to Sunday’s rally in Manhattan, and to Senator Schumer’s calling administration policy “counterproductive.” Hopefully, Jewish “leadership” will soon follow the masses.

For opposition to administration policy to be sustained and have any influence, vitriol about Obama must be avoided.

One need not be fueled by paranoia to feel a strong sense of unease that Obama just does not like Israel, sees the Palestinians as an oppressed people fighting for liberation, and refuses to considering perspectives about Israel that differ from his mindset.

But this does not mean Obama is a closet Muslim anti-Semite who wants to see Israel wiped off the face of the earth. Incendiary expressions about the president are wrongful and also foolish.

Instead of counterproductive Obama hatred, coherent arguments about substantive issues must be presented. But, unfortunately, we continue to let the other side determine the narrative and frame the matters that are set forth.

The result is that important policy issues have been reduced to mindless talking points and slogans. This reached a new level of absurdity last week, when Sen. Dianne Feinstein said that Scud missiles being transferred from Syria to Hizbullah represents “a real point of danger for Israel” and “there’s only one thing that’s going to solve it, and that’s a two-state solution.”

Supporters of Israel need to proactively articulate the realities, like Hamas and Hizbullah’s vows to destroy Israel, and the support they receive from Iran.

We must explain the proximity of Judea and Samaria to central Israel, and how even one missile into Ben Gurion Airport from Arab villages less than six miles east could end flights to and from Israel.

We should point out that Judea and Samaria overwhelmingly consists of mountain after mountain and hill after hill with nothing there – and that the Jewish “settlements” were built on empty land, and did not displace Arab residents.

We allow the world to accept as immutable the idea that Ehud Barak and Ehud Olmert’s offers should be the starting point for negotiations, even though their egregious concessions were rejected by Israeli voters – who elected Likud-led governments within months of both of those offers.

As a result, we let demands for secure and defensible borders and maintaining Jewish rights in Jerusalem be depicted as an extremist and hard-line stance – when in fact this remains the mainstream position in Israel.

Most Americans are supportive of Israel and think our president should be too – the Quinnipiac University poll shows that 66 percent feel Obama should be a strong supporter of Israel. But most Americans can hardly be expected to be knowledgeable about Israel’s unique security challenges. It is lamentable that we no longer even try to explain these challenges. 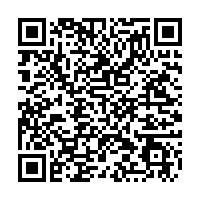