Prophecy is being fulfilled before our eyes.

In the End of Days, after the Children of Israel have returned to their land, the children of Ishmael [the Muslim world] and the children of Esau [the Western Nations] will unite to attack Jerusalem. They will form a world coalition against the tiny nation of Israel. But something will go wrong with their plan. The religious beliefs of the children of Ishmael and the children of Esau will clash, and the two nations will collide and destroy each other. This is what is referred to as the War of Gog and Magog. Following this cataclysmic conflict, the Final Redemption of the Jewish People will occur with the coming of Messiah the Son of King David.” [Malbim on Ezekiel 32:17, from the Introduction to my book 2020 Vision]

We are seeing the “world coalition” forming and we can well imagine what the next steps will be. Perhaps the only comfort in this difficult world is that all the events we are witnessing have been predicted by our prophets. What else gives one the strength to endure what would otherwise be unendurable?


We are in the middle of Sefirah. Why have terrible things – including the decimation of the 24,000 disciples of Rabbi Akiva – happened to the Children of Israel during Sefirahs haOmer? And what happened on the thirty-third day of the Omer to turn them around?

According to Book of Our Heritage, during the period of Sefirahs haOmer “man’s future sustenance is on the line” because it is the period of harvest. “Will he be blessed with plenty or cursed by famine?…. Because this is a period of judgment that lasts for fifty days, the trepidation accompanying these days is great.”

But this is not the only cause of trepidation. Sefirah is the period during which, in biblical times, we marched from Egypt to Mount Sinai, attempting during these seven weeks to eradicate the terrible effects of long-term immersion in Egyptian immorality and idolatry. That’s not so easy. We have only to look at ourselves, immersed as we are in Western culture, to understand how the Jews could have felt that it was natural to live in the Egyptian culture. Only very few, apparently, felt they were completely out of place, and thus only one in five left Egypt.

This is the frightening aspect of both Sefirah and our current exile. Even those who did leave Egypt found it difficult to disentangle their souls from poison of exile: “We remember the fish that we ate in Egypt the cucumbers, melons, leeks onions and garlic” (Numbers 11:5).

We say in the Shema, “do not follow after your heart and after your eyes after which you stray “It seems the heart is the leader in going astray. If our heart is focused on Torah, we are safe, and all follows the direction of the heart. If it is focused on material objects, we are in danger, and our eyes and all our other limbs follow it to dust and destruction, God forbid.

As our rabbis tell us, “Rachmana liba ba’ei” – God desires the heart(Rashi on Sanhedrin 106b). Sefirah is forty-nine days. The gematria of “lev tov,” a good heart, is forty-nine. (The word “lev” (heart) is thirty-two (lamed-beis) and the word “tov” (good) is seventeen (tes-vov-beis). The first thirty-two days of Sefirah seem to focus on the battle for the heart. It is still in danger, pulled back by the lure of Egypt. Which way will we go? Will we in fact go forward toward Mount Sinai and a life of sanctity? Or will we return to the bottomless pit of Egypt?

On the thirty-third day, apparently, the issue was decided in favor of “tov” because in fact we went onward to Mount Sinai. Thus, the last seventeen days of Sefirah seem to reflect the gematria of “tov.” We took the good course. We seem to have felt the pull of Torah drawing us forward. 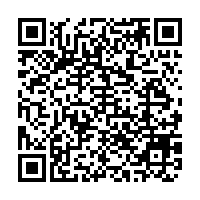