An old Jew, stripped to his ill-fitting pajama bottoms, his ribs pronounced in his emaciated frame, is being mocked as he is kicked and prodded through a double line of soldiers.

Though frightened, the Jew endures the physical and verbal abuse with a conscious dignity. But then, one of the soldiers strikes the old Jew so hard that the cloth yarmulke perched atop his bald head comes flying off, landing on the gravel.


At first, the old Jew is unaware he has lost the yarmulke, but after a moment his hand goes reflexively to his head. Realizing it is gone, he quickly searches the ground. He spots it by the boot of one of the soldiers.

Despite the taunts of the soldiers, he reaches down to retrieve it. He is rewarded for his efforts with a sharp kick to the ribs from the point of the soldier’s boot. But that is of less concern to him than the fact that he had retrieved his yarmulke.

With the dignity that has marked his progression from the first, he continues forward until finally the whips and beatings knock him to his knees. A final blow by the butt of a soldier’s gun is the last indignity the old Jew suffers in the land of the living.

As the soldiers kick the old man’s body out of the way, they do bother to note the yarmulke left behind in the mud. Already they have moved on to their next amusement.

Somewhere, many centuries before, a different Jew had died.

After his burial and Kaddish, the man’s soul rose to Heaven to receive the Divine judgement. When it arrived, it presented the good and bad deeds performed during the man’s life and then awaited judgment. But no judgment came. In the majestic hush of Heaven, something unimaginable had occurred. Never before had the heavenly tribunal been presented with such a case; the good and bad deeds of this soul were exactly equal.

The soul could neither enter the Gates of Paradise nor could it be cast intoHell. The mighty tribunal determined it was destined to hover aimlessly between Heaven and Earth until God Himself should take pity and beckon the soul unto Him.

The soul howled in agony at the verdict. Taking pity on it, the Heavenly shammas offered a glimmer of hope.

“Fly down, little soul, and hover close to the world of the living, and when you’ve brought three appropriate gifts, rest assured – the Gates of Paradise will open to you, the gifts will do their work.”

Only one more gift! But what could that gift be? How many years must the poor soul search for the gift that would ensure its acceptance into Paradise?

After centuries more of searching, the soul landed in an unknown prison yard. There, two long rows of soldiers faced each other, creating a narrow passage between them, a narrow passage through which an old, emaciated Jew was pushed, prodded and beaten. The soul viewed the torture of this poor man with horror and sadness. The dignity the old Jew managed to preserve was remarkable, but his calm seemed only to incite these soldiers to greater brutality. And then the Jew fell to his knees.

A moment later, he was dead.

The hovering soul came closer. There, in the mud, it saw the murdered man’s forgotten yarmulke. It collected the unobserved yarmulke, the “dirtied piece of cloth” that had earned the man so many wicked blows and carried it up to Heaven. There, this third gift was accepted as “truly beautiful. Unusually beautiful.” The soul entered Paradise and eternal rest.

The yarmulke, or skullcap, like so much in Judaism, serves two different and seemingly opposing functions. It is at once both a crown of Jewish religiosity and a sign of piety and humility; crowning glory and humble servitude.

It is a mark upon the Jew, one that identifies him as an adherent of his faith. Even more significantly, this simple head covering reminds him of his place in the universe. 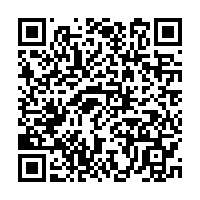