The Orthodox community has recently been rattled by yet another high profile agunah situation – this time in Philadelphia and Washington. This was not the first nor will it be the last such case. We know that genuine halachically viable solutions to the agunah problem are hard to come by and might not even be within our grasp. But we also know the agunah problem can be functionally solved in practice, even if not in theory, and the solution is clear and obvious.

The Beth Din of America prenuptial agreement (which can be found at www.theprenup.org) really does work in almost all the cases actually presented in the United States. Its structure – payment of money until a Get is given – has a proven track record of actually delivering a Get case after case. It is the vaccine against the agunah problem. But, like all vaccines, it has to be used before one has the illness – taking a vaccine after the fact never works.

Indeed, all of us who are genuinely interested in actually solving the agunah problem have been pushing the Beth Din of America prenuptial agreement for years. YU roshei yeshiva have signed public letters backing it and many other halachic authorities have endorsed it as well. There is virtually no halachic controversy about its permissibility to use. The RCA has twice endorsed its use and encouraged its members to use it.

But yet the truth is that for a variety of reasons – nearly all social or political – the use of the Beth Din of America Prenuptial agreement is still uncommon outside of the Modern Orthodox community, and certainly not used 100 percent of the time even within it. Many RCA members do not use it.

The next step is obvious. We need to agree, as a community, that every Orthodox wedding has to have a prenuptial agreement addressing the giving and receiving of a Get. When every marriage is vaccinated against the possibility of the woman or man being an agunah, agunah matters will go the way of smallpox – they will functionally disappear as a problem even as we actually have no cure. A potent vaccine is as good as a cure. We all know this – but as is the case with many other communal matters within Orthodoxy, we lack the vision and authority and will to impose our solution on our community, even our own rabbinic community.

Not the International Rabbinic Fellowship. Recently, the IRF passed a resolution stating:

This is obviously the right approach – rabbinical councils throughout America need to mandate the use of prenuptial agreements by all their members and not tolerate deviation on this matter. Marriages without such agreements produce cases of agunahs – no different from children without vaccinations contracting polio – and it is to credit of the IRF that they are the first rabbinic organization to mandate the right solution to the problem.

It is the IRF – and no other organization at this time – that is mandating what the rabbinical leadership at Yeshiva University is insisting is the critical step in purging our community of the distressful problem of the modern-day agunah.

Nobody is right about every matter every time, but the IRF deserves three cheers for getting this one very right. I hope other rabbinic organizations see the light and actually adopt policies with teeth that regulate conduct of their members in this area. We can cry over the problem of the agunah, or we can work to fix it as individual cases arise, or we can mandate that the problem be vaccinated against so it ceases to plague us. I vote for the latter solution as the best now available to us and I think we should mandate that no Orthodox rabbi perform weddings without a BDA prenuptial agreement. 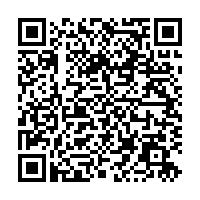