This year, as Israel observes the traditional period of national mourning for the destruction of the Beis HaMikdash on Tisha B’Av, it has again been revealed that the Islamic Waqf is carrying out unsupervised work at the Temple Mount, potentially causing irrevocable damage to Judaism’s holiest site.

Of all the unsolved questions surrounding Jerusalem’s biblical past, this modern mystery seems to present the greatest riddle: How is it that in Israel, a country home to priceless archeological treasures that are safeguarded by a governmental Antiquities Authority known for its sweeping powers and far-reaching control, archeological crimes are regularly and systematically committed with impunity by serial offenders whose identity is known to the police?


The crimes, perpetrated in broad daylight in the national homeland of the Jewish people, inflict irreparable damage to the very core of the Jewish people’s identity. The Temple Mount, one of the most significant ancient sites in the world, has somehow acquired a sort of legal extraterrestrial status, with a sort of perverse diplomatic immunity wielded by the Islamic Waqf that controls it.

The Israeli attorney general again has reiterated that the Temple Mount is under Israeli sovereignty. But, he added, authorities must be “extra sensitive” in applying Israeli law to the site and any time authorities need to “test the application of law in the Temple Mount complex, they should be pragmatic and take the area’s unique status into consideration.”

No matter what boastful pronouncements are uttered and repeated about Israeli law and Israeli sovereignty, the Mount for all practice and purpose remains outside the range of both Israeli supervision – and Israeli responsibility. From whom do orders concerning the Temple Mount emanate? The blame for this outrageous state of affairs is shamelessly shifted and shunted from one bureaucrat to the other.

Infrastructure work is currently being carried out within the Dome of the Rock at the very heart of the Temple Mount – the Foundation Stone. The Torah teaches that this spot is the very center of creation, from which the universe was founded, hence its name.

It was upon this stone that the Ark of the Covenant rested within the Holy of Holies in Solomon’s Temple, into which chamber only the high priest ventured once a year, on the Day of Atonement. But today it is far from being inviolate. Several weeks ago, when revelations of the current work first came to light in the Hebrew press, the news was accompanied by photographs of scaffolding, tools and debris resting on the sacred Foundation Stone itself.

A group of concerned Israelis filed a complaint with the Israel Police commissioner. The police responded by admitting that they were aware the Waqf had begun work at the Dome of the Rock more than six years ago, adding that the actions “were being performed with the approval of the Israel Antiquities Authority and under its supervision.”

Unfortunately, this response merely demonstrates the nebulous, tempestuous relationship of the Israel Police to affairs on the Temple Mount – as well as their ambivalence. It has come to light that the IAA completely denies either approving or supervising these works on the Mount.

In the 1967 Six-Day War, Jerusalem again became a united city, and its sovereignty over the Old City returned to Israel. During the war – on June 7, 1967 to be precise – then-Prime Minister Levi Eshkol declared “no harm whatsoever shall come to the places sacred to all religions.” The Knesset passed the Preservation of the Holy Places Law, protecting the Holy Places against desecration and guaranteeing freedom of access to all.

In return for obeying the law, Israel agreed to leave the administration of the site in the hands of the Waqf. Since then, every Israeli president and prime minister in succession has pledged the government’s total commitment to Israel’s holiest site, the Temple Mount, site of the First and Second Temple – and the location of the future Temple, according to every prophet of Israel.

As mind boggling and ludicrous as it seems, in recent years the Waqf has denied any non-Muslim connection to the site. The Waqf’s agenda is the final status of Jerusalem; to advance this cause, all physical evidence of the historical Jewish connection to the Temple Mount is a liability. 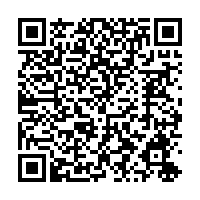