Rabbi Eric Yoffie, formerly the head of the Union for Reform Judaism believes that “Israel is losing the battle for public opinion in America”:

But the point is that we are now seeing, even as the threat from Iran escalates, a broad spectrum of respectable, pro-Israel opinion that is emphatically suggesting the need, right now, for some movement by Israel on the Palestinian issue. And it is not idealistic dreaming; every one of these voices talks about the poisonous nature of Palestinian politics and makes clear that the failure to achieve peace cannot be placed primarily at Israel’s door.


Why are we hearing these voices at this moment? I am not entirely sure.

It has to do, I suspect, with the cumulative impact of a 45 year occupation; with the fundamental illogic of Israel’s government calling for a two-state solution and then building settlements in a way that makes such a solution far less likely; and with the sense that Israel’s moral standing is being gradually eroded and that this is a tragedy. But this too: They know that Israel must be seen at all times as aggressively pursuing peace, and fairly or otherwise, that is not the case now. (my emphasis)

Rabbi Yoffie, I think, greatly weakens his case by using as his “exhibit A” NY Times columnist Thomas L. Friedman, calling him ”a centrist, a moderate, and, by the way, the most important foreign policy columnist in the world.” Friedman is none of the above, unless ‘important’ means that he is better paid than, for example, Barry Rubin, who differs from Friedman by basing his analysis on knowledge rather than prejudice and the ‘line’ pushed by his employer.

But let’s leave the hackish Friedman – who revealed himself when he said that the standing ovation Netanyahu received from a joint session of Congress in 2011 was “bought and paid for by the Israel lobby” – aside, and turn to Yoffie’s argument.

Rabbi Yoffie points to “an important group of public intellectuals” who take this position. There certainly are such people here in the US and among the academic-media-left complex in Israel who continue to call for Israeli concessions.

But — and this is my first point in response to Yoffie — they get absolutely no traction in Israel, which is assuredly where the rubber hits the road. The parties to the left of the Likud have almost no hope in coming elections, and the support they do have is almost entirely based on social or economic — not security — issues.

In other words, most ordinary Israelis don’t agree. One would think that Yoffie, who criticizes Dani Dayan of the Judea-Samaria council for supposedly not being concerned with democracy, would respect the democratically elected and popularly supported government of Israel.

My second point is that the notion that Israeli concessions on settlements in Judea/Samaria or eastern Jerusalem are good policy has been proven wrong in the 19 years since the Oslo agreements. The Camp David/Taba offers and the withdrawal from Gaza were met by violence. The continued anti-Israel and anti-Jewish incitement from the Palestinian Authority (PA), the insistence on a right of return, the refusal to accept Israel as the state of the Jewish people, the demands for the release of convicted murderers, the honor accorded by the leaders of the PA to terrorists like Dalal Mughrabi and Samir Kuntar, all indicate that the PA has not deviated from the ideology of Yasser Arafat or from the ‘phased plan’ to destroy the Jewish state.

Israel has made one withdrawal and concession after another, has supported the PA financially and protected it from Hamas, and it has never responded except by making more demands. There is no future in making unreciprocated concessions to the PA.

But it is not only the PA that is insatiable. One hears that “if only Israel would…” then the ‘international community’ would see that Israel is committed to peace and the ball would be in the Palestinian court. But this never happens. Israel agrees to a settlement freeze in Judea and Samaria, but the Palestinians won’t negotiate because it doesn’t include East Jerusalem; and suddenly Joe Biden is ‘deeply insulted’ because Israel announced plans to build apartments in a Jewish neighborhood of Jerusalem. 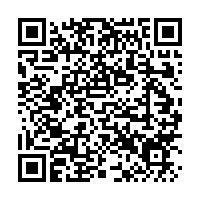