I was working on my news report this morning, and there was a faint boom in my background. We live on the Lower East Side of Manhattan, right off the FDR Drive that surrounds the island with a ribbon of five million cars each morning. Noise happens. Then my wife called and said there was a rumor somebody tried to blow up one of the Twin Towers, could I go look?


Our living-room windows feature a magnificent panorama picture, starting with the Empire State Building on the extreme right and ending with the East River and Brooklyn Heights on the extreme left. Smack at the center used to stand the two towers of American commercial resilience and might. They were still there as I was rushing to the living room, phone in hand, except there was a Salvador Dali-style gaping hole in the one on the north side, and sooty, black and brown smoke was billowing from it.

Then my wife was saying, on the phone, it was a plane that did it, crashed into the building. And as she’s speaking, I see another idiot pilot coming way too close to the towers, about to repeat the mistake of the first guy. He was moving south, green and sparkling in the benign morning sun, and I was sure there was something terribly wrong with the air traffic control at La Guardia, or Newark, to have allowed two slips like that on the same day. But then it turned, corrected course and headed directly into the bright, reflecting side of the southern tower, and instantaneously an orange ball of fire erupted and grew ever bigger, and I knew it hadn’t been a mistake all along.

Helpless and shocked, I stood in my living room, the phone in my ear, and I was screaming and crying “Oh, my God” so many times, my voice mixing with tears, until I wasn’t screaming any more, just staring in disbelief.

This is what a satanic act looks like: bright, metallic, swinging with ease across the sky, turning with complete mastery of the laws of physics, the laws of life and death, the laws of pain and fear. Evil makes a few calm course corrections, to insure full impact. Evil engulfs the innocent with a ball of fire and rises in a victorious after-dance. Evil removes thousands from among the living with one ideologically certain whoosh of flame.

I resolve today to point at evil and call it by its rightful name. I resolve today not to euphemize the truth, not be understanding of the plight that caused flesh and blood to degenerate into mass killers, not to presume a spark of the divine in people capable of this horror. I resolve today to contribute as best I can to the eradication of the Islamic system of terror and death, of the criminal mullahs and qaddis and ayatollahs who have raised a generation of dedicated murderers.

Today I wish to belong to a civilized society that turns on its enemies and pounds them to the ground until they raise the white flags of surrender. Until, like post-Nazi Germany, they take on the burden of proof that they belong once again to the human race. 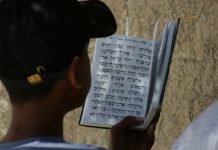 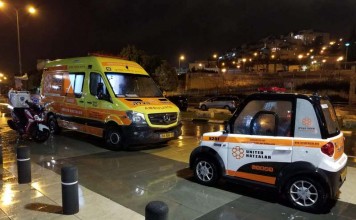 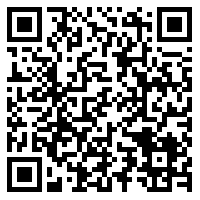