Why do women who believe in equal rights for women, pick as their spokesperson someone who one minute boasts of her supposed dissent as “patriotism,” while the next minute advocating chopping off other womens’ genitals? It is like choosing a hangman to campaign against the death penalty, or the head of ISIS to campaign for same sex marriages.


The principles of “dissent,” of which they claim to be so proud, and to have borrowed from religious sources, are actually the modern world’s liberal values and human rights — just those rights values they seem to be trying to destroy.

From the other side of their mouths, however, they are trying to impose Islamic sharia law on the West. Unfortunately, sharia is openly antagonistic to Western values and human rights.

How can cults that believe in dominating others call themselves progressive, when their entire message runs counter to the spirit of tolerance and social coexistence?

The champions of sharia have always said they wish to establish a “righteous” form of government, made by divine law, and presumably to that end, they implant their set of rules — such as allowing no debate or criticism on their beliefs, or such as segregating sexes — to destroy modern democracies.

It must be so convenient, while marching on Washington DC, to advocate that other women — far away — be genitally mutilated, married off in childhood, and domestically beaten and violated — and all the while, in the safe confines of Washington, to stay silent on issues of truly massive abuse: floggings; acid burnings; chopping off limbs or heads, or burning, drowning or burying people alive.

These women in hijabs marching on Washington DC do not have to live in this “Utopia.” They are comfortably living in the “infidel West’, protected from such barbarity.

The values they are enjoying here are the values of the enlightened world and have nothing to do with the culture they are trying to impose on others.

The culture that is allowing women such as Linda Sarsour to shout into microphones is not even necessarily the culture these women believe in; it is often just the culture they are using to promote totalitarian ideas such as anti-Semitism, religious intolerance and the imposition of theocratic beliefs through infiltration or force.

The culture to which Sarsour says she aspires, allows mutilating women but does not allow women to speak in a loud tone, let alone speaking through microphones. Hence, she owes her current privileges to her American identity.

Sarsour stated in a tweet on May 13, 2015: “You’ll know when you’re living under Sharia Law if suddenly all your loans & credit cards become interest free. Sound nice, doesn’t it?”

Then she wrote on an April 29, 2014 tweet: “@RobertWildiris I don’t drink alcohol, don’t eat pork, I follow Islamic way of living. That’s all Sharia law is.”

It would be nice if the only requirements of sharia were avoiding alcohol or pork were; there happens, however, to be an ocean of dos and don’ts that fall into the category of “I follow Islamic way of living.”

The ocean Sarsour never bothered to mention, but that the world witnesses every day, exists from the Saudi palaces to the caves of Afghanistan and Raqqa.

The culture that Sarsour desires to impose on the world — along with promises to waive interest on loans — does not allow women to interact with unrelated men, drive cars, ride bicycles, attend sports events, leave the house without permission, or wear makeup and clothes that reveal their body parts, let alone address a crowd.

Women would also need four male witnesses to prove a rape, or risk being stoned to death for “adultery.”

Does Sarsour really think that people have gone so mad that they will give up all of their civil liberties and freedom that their ancestors earned through the centuries, merely for interest free loans?

The hypocrisy is that her bold lifestyle in the US portrays that deep down, she herself loathes the suppressing conditions that she likes promoting for the poor women of the Muslim world who actually have to live with them.

How would these women in hijabs like to spend a few weeks under the totalitarian regimes about which they love to brag?

Three British girls who followed the call of ISIS leader Abu Bakr Al-Baghdadi slipped into Syria to join the jihad, only to be desperate over the mistake they had made; one is believed dead.

Sultana reportedly was killed in a Russian airstrike while too scared to try an escape from ISIS, fearing extreme torture and public execution if caught.

The whereabouts of the other two are still unknown, apart from rare contact reported between them and their families.

Sophie Kasiki, a French girl who also managed to break away from the ISIS stronghold in Raqqa with her four-year-old son, said she risked death if caught to try to save her son. She defined the ordeal of being with ISIS as “a journey into a hell from which there seemed no return.”

Samra Kesinovic, a 17 year old Austrian girl, was reportedly beaten to death by ISIS fighters when she was caught trying to flee, after being “gifted” by her partner to another ISIS fighter as a sex slave.

The irony is that Linda Sarsour and her followers say they love Hamas and caliphates like the one established by Abu Bakar al-Baghdadi, or Saudi and Iranian regimes — but of course they do not live in them.

Sarsour has doubtless been put forward by men to promote their soft image as they themselves cannot boast about the rights they are giving to their women.

Coming from a conservative Muslim society, I know the culture she yearns for would never allow her to launch such activism without permission from her “guardian” men.

How come she forgot to mention that in Saudi Arabia and many other Muslim states, her kind of activism would cost a woman her family, her honour and probably her life.

A court in the state of Washington suspended the ban on travelers from seven mainly Muslim countries imposed by the President Trump last week.

Would any judge or influential person dare refute the order of, say, the Saudi King, a sharia council of Iran, a member of a royal family from a Middle Eastern country, a military dictator or the Hamas leaders Sarsour apparently so admires?

You cannot even imagine in your worst nightmares dissenting in those sharia-compliant territories, but yes, dissent is allowed in the US and the West, where people are freely allowed to speak their thoughts.

These are not the values of the alien land she professes to admire; these were fought for and earned by the people of the West with their blood.

The progressives’ one-sided love affair with extremists will never serve the purpose of promoting equality.

In fact, it could be counterproductive. In Egypt, the conservative men used women as protestors to overthrow Husni Mubarak’s regime, but once the Muslim Brotherhood, which spearheaded the Morsi regime, took control, the whole world watched in shock as they imposed sharia on everyone — most of all on those women. The Morsi regime later punished women who protested the Iranian-style sharia that it was imposing.

The same imams who were the moving spirits behind Egypt’s revolution were then delivering fatwas [religious opinions] to rape the same women who had been marching in the streets for their rights. According to al Arabiyya:

“An Egyptian Salafi preacher, said raping and sexually harassing women protesters in Cairo’s Tahrir Square is justified, calling them “crusaders” who “have no shame, no fear and not even feminism…. Abu Islam added that these women activists are going to Tahrir Square not to protest but to be sexually abused because they had wanted to be raped…And by the way, 90 percent of them are crusaders and the remaining 10 percent are widows who have no one to control them.. “

Around 80 women were molested in one night alone, when the Morsi government was ousted and people came out to celebrate his departure.

Those are the views Sarsour is trying to sell.

The same men these liberals and progressives are trying to empower, once enthroned, would declare them apostates and inflict the worst imaginable punishments on them for the “crimes” they are committing by promoting the set of values they think bring harmony in the world.

The dissenting voices of the oppressed are fighting on two fronts. They are being crushed by their own totalitarian regimes and at the same time by apologists for these tyrants whom the marchers are empowering — probably without even realizing what massive harm they are doing.

The Telos Group: The True Identity of the “American Pro-Israeli, Pro-Palestinian, Pro-Peace Movement “ 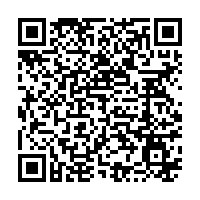