The Hadith, which is second in holiness only to the Quran, leaves no room for doubt as to what the attitude of the Prophet of Islam was towards Jews. The Hamas covenant quotes directly from the Hadith, in article 7, “The Prophet, Allah’s prayer and peace be upon him, says: “The hour of judgment shall not come until the Muslims fight the Jews and kill them, so that the Jews hide behind trees and stones, and each tree and stone will say: ‘Oh Muslim, oh servant of Allah, there is a Jew behind me, come and kill him,’ except for the Gharqad tree, for it is the tree of the Jews.” (Recorded in the Hadith collections of Bukhari and Muslim).

In fact, the earliest evidence of racial Antisemitism goes as far back to the 9th century and is documented in Bostom’s book. It is the work of an Islamic scholar Al-Jahiz, who was commissioned by the then Abbasid calif al-Mutawaqkkil to research why Muslims hate Christians less than they hate the Jews. Mutawakkil died in 861, more than a millennium before the Nazis assumed power. The occasion that prompted the study was the inauguration of a literary campaign against Christians, who according to Mutawakkil where simply not hated enough.


Al-Jahiz came up with two main reasons why Jews were more hated than Christians. The first was rooted in the Quran and the animus relationship between Muhammad and the Jews. The second, oddly enough and preceding Nazi racial Antisemitism by some 1000 years, had more to do with racially based Jewish genetics than with a religious belief motivated hatred.

“Our people [the Muslims] observing thus the occupations of the Jews and the Christians concluded that the religion of the Jews must compare unfavorably as do their professions, and that their unbelief must be the foulest of all, since they are the filthiest of all nations. Why the Christians, ugly as they are, are physically less repulsive than the Jews may be explained by the fact that the Jews, by not intermarrying, have intensified the offensiveness of their features. Exotic elements have not mingled with them; neither have males of alien races had intercourse with their women, nor have their men cohabited with females of a foreign stock. The Jewish race therefore has been denied high mental qualities, sound physique, and superior lactation. The same results obtain when horses, camels, donkeys, and pigeons are inbred.”

For the United States Holocaust Memorial Museum to willfully ignore the role of Islam in promoting and perpetuating Antisemitism is intellectually dishonest, and bias, as is ignoring the fact that Holocaust denial is ubiquitous in the Arab World. As for racially motivated Antisemitism, Al-Jihaz certainly invokes a genetically based racist argument for Islam’s prevalent Jew hatred. 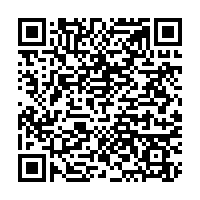