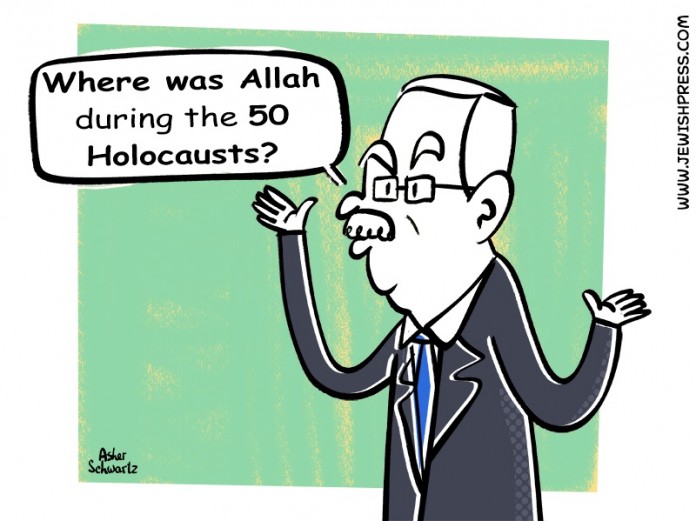 With a 40-year history of Holocaust revisionism, Mahmoud Abbas is not expected to participate in somber International Holocaust Remembrance Day commemorations on Friday.

January 27, the anniversary of the Red Army’s liberation of the Auschwitz concentration camp in 1945, is the date designated by the United Nations to remember the six million Jews killed by Nazi Germany during World War II. But Abbas’s views on the Holocaust are contrary to the spirit of the day.

The Palestinian Authority leader’s views go back to 1982 while studying in Moscow’s Patrice Lumumba University — now known as the Peoples Friendship University of Moscow. That was the year he completed his dissertation, “The Connection between the Nazis and the Leaders of the Zionist Movement 1933–1945.”

The dissertation, for which Abbas was awarded a Ph.D degree, claimed that Zionists and Nazis collaborated to kill Jews in exchange for receiving “Palestinian” property. He described Jews and Nazis as “fundamental partners” in the Holocaust who shared equal blame.

According to Abbas, the extermination campaign was not aimed only at Jews. He further argued that the number of Jews killed by the Nazis was 896,000.

In 1984, the dissertation was published as a book in Arabic titled “The Other Side: the Secret Relationship Between Nazism and Zionism,” and became a best-seller among Holocaust deniers.  The book characterized the death count of six million as a “myth” and fantastic lie” which was “exaggerated for political purposes.” The book was republished in Arabic in 2011.

Abbas was forced to tone down his rhetoric after being appointed Prime Minister in 2003 by Palestinian Authority President Yasser Arafat. Abbas would condemn Holocaust-denial in English, but never in Arabic.

In 2010, for example, addressing a gathering of American Jews, Abbas said that he recognized the Holocaust and added that he had sent official Palestinian Authority representatives to Holocaust ceremonies. But in a 2013 interview with Lebanese media, he repeated his claim that the Zionists collaborated with the Nazis in in a bid to receive “Palestinian” land.

In 2014, Abbas insisted to journalists that he wrote in his work that millions perished in the Holocaust. But then in 2018, Abbas told the Palestinian National Council that the Holocaust was not caused by antisemitism, but rather by the behavior of Jews who mainly engaged in banking and moneylending.

Those remarks are in line with other statements Abbas has made. The Palestinian Authority leader has said that Ashkenazim — Jews from Central and Eastern Europe — have no connection to the land of Israel, and that Ethiopian and Soviet expatriates living in Israel “are not Jews.”

Abbas’s associates, including those in charge of the relations with Israeli society, also speak in meetings about “the facts emerging from the Protocols of the Elders of Zion,” referring to a discredited book of antisemitic conspiracy theories first published in Russia.

Some PA Arabs are acknowledging that Abbas’s Holocaust rhetoric are damaging their efforts for statehood. In August, Abbas sparked international anger when — while standing next to German Chancellor Olaf Scholz — he accused Israel of committing “50 holocausts” against the “Palestinians”. Although Abbas somewhat walked back the comment, a Palestinian Authority source told the Tazpit Press Service that Abbas would never recover from that remark. 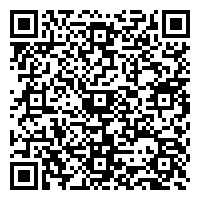