The German Holocaust foundation Remembrance, Responsibility, Future – EVZ – is in a state of denial concerning misuse of public funds meant to largely compensate the victims of the Shoah but used instead to finance anti-Semitic student exchange programs in Israel and Germany.

One German student formulated a crude drawing of Orthodox Jewish students with yarmulkes and sidelocks seated in a well-kept classroom with a sign over a world map stating “Jewish School.” Next to that is a dilapidated, overcrowded schoolroom with depressed Palestinian pupils seated below a giant cobweb and a beat-up map lacking countries. A collapsing sign above the students reads “Palestine School.”

Raimund Fastenbauer, the general secretary of Austria’s small Jewish community, told me that “When Germans or Austrians use such stereotypes in excessive criticisms of Israel, this is based, from a psychological perspective, in a secret wish to finally catch Jews in misdeeds so as to exonerate the generation of their own fathers and grandfathers.”

A second student cartoon apparently shows a light-skinned Israeli asking a dark-skinned Palestinian if he wants to be friends. An imposing tank is positioned behind both students, suggesting the Israeli student is compelling the Palestinian student to shake his hand. Advertisement

Compounding the anti-Israel cartoons depicting Israel as a violent state that discriminates against Israeli Arabs are texts that equate Israel with the now-defunct Stalinst East German state.

Arab-Israeli student Majdi Darawshi writes that “I found the histories of Palestine and Germany to be very similar, as people in both countries felt the need to fight for their rights for a better life…”

The oft-repeated likening, in German discourse, of Israel’s security fence and the Berlin Wall is one more manifestation of anti-Israel sentiment. The security barrier has prevented the murders of Israelis by Palestinian terrorists. Invoking parallels between Israel and the former German Democratic Republic is similar to equating Israel with Apartheid South Africa.

The EVZ was founded in 2000 with a contribution of 5.2 billion euros by the Federal German government and German industry to compensate former slave and forced laborers during the Nazi period. A segment – 358 million euros – of the EVZ funds are designed to finance educational projects to combat anti-Semitism and carry forward the memory of Holocaust victims.

When I asked EVZ chairman Dr. Martin Salm about the anti-Israel school literature, he termed it an “ambiguous project publication” and said the illustrations and booklet were “not motivated by anti-Semitism.”

It is, of course, a distinction without a difference.

Tackling contemporary anti-Semitism remains a touchy subject in Germany. Salm, who sits on the Interior Ministry’s commission to combat anti-Semitism, stayed largely mum back in 2009 when questioned about fellow member Dr. Juliane Wetzel’s attacks on Jewish critics as representing “lobby groups” in Germany (the term “lobby” is frequently used as an anti-Semitic code word for supporters of Israel). A third board member, Elke Gryglewski, said Holocaust survivors are “not objective and too emotional” as experts.

The Jerusalem-based watchdog organization NGO Monitor just issued an eye-popping report about a second EVZ-backed school program in which funding was ostensibly misappropriated to finance elements of Holocaust denial and loathing of Israel.

According to the report, between March and July of this year, EVZ contributed funds to a partner agency for a program, “Human Rights – Rights of Occupation,” with German (Anne Frank School in Gütersloh) and Palestinian (School of Hope in Ramallah) students.

The NGO Monitor investigation notes that “while Palestinian participants questioned ‘whether the Holocaust had really happened to that extent,’ the main focus was devoted to alleging Israeli violations and immorality, not on Holocaust education. In July 2011, the Anne Frank School hosted Hajo Meyer, a Holocaust survivor and anti-Israel activist.

“In his presentation, Meyer referred to the ‘criminal state of Israel.’ He also ‘wanted to express that many Jews today feel that no one else suffered like them during the Holocaust which makes them blind for the suffering of the Palestinians under the occupation.’ “ 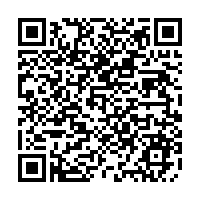