On Sunday, Israeli pundits and local news reports touted progressive Jewry and the major Jewish organizations in America for getting even with Prime Minister Benjamin Netanyahu by electing Isaac “Boujie” Herzog as chairman of The Jewish Agency for Israel.

It was clear to one and all that electing Herzog delivered an angry message to Netanyahu, that American Jews are upset with his decisions regarding the Kotel, Jewish conversion, and his belief that non-Orthodox American Jewry are spiraling down a path of no return – and so they elected his political opponent to spite him.

The Board of Governors of The Jewish Agency for Israel on Sunday unanimously elected MK Isaac Herzog (Zionist Union) to succeed Natan Sharansky as Chairman of the Jewish Agency Executive.

In electing Herzog, the Board accepted the recommendation of the Leadership Nominating Committee, composed of the leaders of The Jewish Agency’s constituent organizations – the Jewish Federations of North America, Keren Hayesod-UIA, and the World Zionist Organization.

The board effectively rejected Prime Minister Benjamin Netanyahu’s choice for the job.

Indeed, the selection of Herzog, who is the Knesset opposition leader, is viewed as retaliation from the board for Netanyahu’s “betrayal” of US Jewry over the status of non-Orthodox denominations in Israel and their access to a mixed-sex portion of the Western Wall.


Does that Narrative Make Sense?

As Tzvika Klein and Shirit Avitan Cohen of Makor Rishon point out, anyone familiar with Netanyahu’s history with political appointments realizes that something about this narrative makes no sense.

Netanyahu doesn’t typically lose this easily, he doesn’t wake up at the last minute when elections are involved, and when he allows a loss, it’s always because he expects a much bigger payoff down the road.

As he had done so many times before to so many others, Netanyahu twisted the leaders of the American Jewish organizations around his little finger.

Consider the following: Netanyahu did not put up a fight for “his” candidate, Minister Yuval Steinitz. Steinitz didn’t campaign. Steinitz didn’t even bother to show up at a meeting of the nominating committee the other week.

Does that sound like Netanyahu putting up a fight for his preferred candidate?

Labor party insiders are whispering that Herzog cut a backroom deal with Netanyahu to get the job, having lost his job as party chairman to newcomer Avi Gabai.

Indeed, over the past five months, since Herzog began campaigning for the Jewish Agency post, he hasn’t attacked Netanyahu even once – after a humiliating entanglement with the PM some two years ago.

The Sound of the Zionist Union Being Ripped Apart

And now that Herzog is out of the picture at the Zionist Union (the combined Labor and Tzipi Livni’s Hatnuah party), the infighting there has gotten worse.

Avi Gabai, who replaced Herzog at the helm, isn’t an MK, so, as Herzog, head of the opposition, is due to retire in a few days, the short knives have been pulled out in the fight to replace him.

Some in the largest opposition faction point to Tzipi Livni as the obvious choice to replace Herzog. She is, after all, now listed as number one on the Zionist Union’s party list.

But Chairman Gabai, Livni’s nemesis, prefers Labor’s MK Shelly Yachimovich in the coveted role of opposition leader, not to mention, Livni is not exactly popular among Labor party members.

It’s going to get ugly, it might even tear the Zionist Union Knesset faction apart, with a disappointed Tzipi Livni seeking yet another political alignment (she’s been everywhere – starting in Likud and progressing leftward ever since). She’s already threatened to do just that.

Another victory for Netanyahu.

Here’s one more benefit Netanyahu expects to gain from Herzog’s appointment: the chairmanship of the Jewish National Fund Keren Kayemet Le’Israel (KKL-JNF) going to an appointee of the Likud, for the first time in Israel’s history.

At the moment, KKL-JNF is chaired by Labor’s Danny Atar, an Avi Gabai ally. But since the Zionist Union now controls the Jewish Agency, they’ll likely have to give up KKL-JNF in the next World Zionist Congress, in two years.

Chairmanships of various national institutions are distributed among the parties based on their size, and Netanyahu’s candidate will very likely take over KKL-JNF.

That would be a major coup for Bibi.

The KKL-JNF charter specifies reclamation of land for the Jewish people as its primary purpose. During the 1980s, almost 60,000 acres were planted. Over 50,000 acres of crop-land were reclaimed and hundreds of miles of roads built. Research into soil and water conservation and the construction of dams and reservoirs took on added importance in the face of water shortages and drought.

All this wealth, which includes a large portion of the public lands in Israel, could be available to the Likud, which would put it to use in so many different ways in establishing itself as Israel’s permanent ruling party comparable only to Ben Gurion’s Mapai party.

Looking at a future at the helm of rightwing coalitions for as long as he remains in politics, Netanyahu has essentially given up on trying to appease the Jewish American left (Reform, Progressives).

The loss of the Jewish Agency and what it represents – partnership with a fast assimilating Diaspora Jewry, many of who dislike Netanyahu and Israel’s policies – is nothing to the PM compared with gaining control of KKL-JNF.

In that context, Herzog’s appointment is Netanyahu’s fig leaf, concealing his disinterest as Boujie grabs a prize Bibi sneers at, while Boujie ends up protecting Netanyahu, running interference for him among American Jews on the major conflict issues.

Furthermore, a third of the Jewish Agency’s budget and the important work it does, is reliant on the Israeli government, guaranteeing that Herzog will want to stay in Netanyahu’s good graces.

The Plague of Assimilation

The heads of American Jewish organizations see Herzog as a friend and an ally, but Herzog, grandson of a Chief Rabbi of Israel, is perhaps less in their corner than the outgoing Sharansky has been.

The new chairman is troubled, to say the least, by the “plague” (Herzog’s strong choice of words) of intermarriages afflicting all the non-Orthodox denominations in the US.

“I saw that my friends’ children are married or are in relationships with non-Jewish partners, while their parents agonize over it and ask questions,” Herzog has said according to Ynet. “We are talking about every [Jewish] family in the US, millions… There has to be a solution, we have to rack our brains and see how we solve this great challenge.”

Netanyahu may even be happy that Herzog will attempt to stem the decimation of non-Orthodox American Jewry, even if he believes Herzog will ultimately fail.

Netanyahu just placed his preferred candidate as chairman of the Jewish Agency for all the reasons listed above, and until they read this article, not a single member of any of the American Jewish organization who recommended or voted for Herzog (whatever their motivation) probably realizes how completely manipulated they were by the Prime Minister of Israel, who got exactly what he wanted. 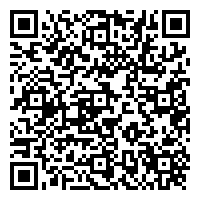