Feelings are running high on the latest addition to Israel’s Basic Laws or “constitution on the installment plan”, but I would like to try and shed a bit more light on the subject and a little less heat.


The Basic Law: Israel – The Nation State of the Jewish People, passed by the Israeli Knesset this week, declares that Israel is the nation-state of the Jewish people and determines specific matters which demonstrate the Jewish character of the nation. These include the county’s official language, the national anthem, the national flag, the state emblem, as well as the calendar along with holidays and days of rest. This is normal and appears in law in many democracies.

The special situation of the Jewish diaspora means that it also takes notice of the State’s connection to Jews abroad as well as policies on immigration and settlement.

It is important to stress that the law offers no privileges of any kind, nor does it reserve any particular rights, for individual Jews. It certainly does not deny any rights or privileges to individual non-Jews. All Israelis, regardless of the religion they follow or ethnic background, continue to enjoy all the human and civil rights customarily accorded to citizens of free countries. Those rights have not been diminished in any way by the passing of this law.

This new law seeks to codify the rights laid down in a much older document. The Mandate for Palestine, the international legal instrument, recognized the national rights of the Jewish people in our ancient homeland. The text of the Mandate includes, by reference, the Balfour declaration. That document reads:

“His Majesty’s Government view with favour the establishment in Palestine of a national home for the Jewish people, and will use their best endeavours to facilitate the achievement of this object, it being clearly understood that nothing shall be done which may prejudice the civil and religious rights of existing non-Jewish communities in Palestine, or the rights and political status enjoyed by Jews in any other country.”

A few points arising from this text:

The new law is clearly an application of the principles of the Mandate to the sovereign Jewish state:

I am finding it hard to understand how anyone who accepts the Mandate and the Balfour declaration that is contained in it, could have a problem with any of these points.

Of course, there are those who have never accepted the Declaration nor the Mandate and I would expect them to oppose the law simply because they oppose Israel’s basic legitimacy. Unfortunately, many people who do recognize the legitimacy of Jewish national rights in the Land of Israel seem to be troubled by the law, something which I find puzzling.

It is clear that the law does not contain a clause explicitly guaranteeing the rights of non-Jews and I can understand why some might see that as presenting potential problems for the future. In terms of the here and now though, the only mention of non-Jews in the law is to guarantee that the new law will not damage the status that the Arabic language has enjoyed up till now, despite no longer being an official language of the state.

(Interesting point to note is that the English language was also one of the three official languages of the State of Israel and the new law offers no guarantees for its status, but for some reason I don’t see Anglos up in arms about that!)

Why is there no formal minority rights clause in the law? One might hypothesize dark ulterior motives, but I think that it is quite as plausible to suggest that equality is already so entrenched in Israeli jurisprudence, that there is no need for it.

This new law does not stand on its own, but is part of the entire group of Basic Laws, each of which is supposed to be a chapter in the eventual constitution. The Basic Law: Human Dignity and Freedom along with The Basic Law: the Freedom of Occupation, lay out many (some would say too many!) individual rights and offers the necessary protection of the rights of individuals in Israel. Although all this is true, none of the Basic Laws explicitly addresses the issue of minority rights, i.e. of minority communities. Although Israeli Arabs are guaranteed the right to an Arabic language school system in which Arabic culture is taught, this promise is made only in “regular” legislation, not in any Basic Law.

Professor Moshe Koppel of Bar Ilan University has an interesting explanation which he presented in a Facebook post: “Since 1993, Israel’s Supreme Court has used the Basic Law: Human Dignity and Freedom to rule on the constitutionality of a variety of statutes and government policies involving Israel’s Jewish character, including laws regarding allocation of JNF land, the primacy of Hebrew as Israel’s language, rights to residency and citizenship, draft deferments and stipends of yeshiva students, and commerce on Shabbat. In principle, these cases called for delicate balance between Israel’s democratic character and its Jewish character, but in fact no such balance was achieved, precisely because Israel’s Jewish character, unlike its democratic character, is not anchored in any basic law. The proposed law is intended to address this asymmetry and to encourage a more sophisticated legal discourse regarding the tension between universal and national considerations.”

Whether one feels that the rights of non-Jews in Israel are already afforded sufficient protection in law or not, the new law only defines Israel’s Jewish character. If someone feels that there is a gap there that needs to be filled, then they should campaign for a Basic Law that adds the protections that they think necessary. Doing so is more likely to build a consensus than seemingly attacking the Jewish nature of the Jewish state. 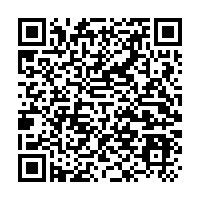