“Hamas sends you every week to die on the fence, in order to use you as a human shield,” is the message of a video posted on the Facebook page in Arabic of the Coordinator of Government Activities in the Territories, directed at Gaza residents.

The video shows Hamas policemen beating Arab women violently and destroying the homes of residents of the Gaza Strip. It also shows a 32-year-old man who took his own life after Hamas members beat him and broke his stall in the market.

The video was created by Col. Iyad Sarhan, Coordinator of Government Activities in the Territories for the Gaza Strip, who assumed his post in February. Earlier in July, Col. Sarhan told Gaza residents on Facebook that Hamas is responsible for the closing of the Kerem Shalom Crossing. “The heavy price you are paying is the result of the balloon and kite terror; yes, we absolutely consider these incidents terrorism, and because of that our response will be harsh,” he posted.

In his latest video, Col. Sarhan says: “Hamas does not care about the residents of Gaza when it sends them again and again to the fence, and uses them as human shields, Hamas does not protect Gaza residents, Hamas exploits them!”

“Hamas sends you every week to die on the fence, to use you as a human shield, instead of investing money in workplaces, electricity and water, it exploits you and attacks you in violent ways,” Col. Sarhan says. 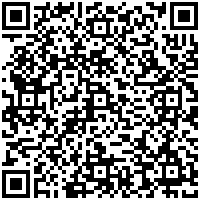