The eastern Jerusalem Supreme Council of Fatwa on Monday issued a decree against Arab participation in the municipal elections this fall. “The council sees that participation in the municipal election, either by voting or presenting candidacy, is religiously forbidden,” said the Fatwa, according to the Jerusalem Post, reasoning: “The disadvantages of participating in the election are bigger and greater than any other gained interests.”

The unspoken target of the religious decree is Ramadan Dabash, a social activist from eastern Jerusalem who announced he is running in the upcoming municipal elections. Dabash, who in the past was affiliated with the Likud party, is the second Arab candidate to announce his participation in the coming elections.

Theoretically, an Arab candidate for Mayor of Jerusalem should have a clear path to the job – should he be able to maximize the support of eligible Arab voters. According to Israel’s Central Bureau of Statistics, in 2014, out of Jerusalem’s 850,000 residents, 316,000 were Arabs, 534,000 Jews and others. But while the Jewish vote is expected to be split among a list of at least five candidates, an Arab voting block could usher its own mayor easily.

Ramadan Dabash is chairman of the Tzur Baher community council, which has cooperated politically with the municipality and the state government. Dabash says his connections with Likud was not based on ideology but on a realistic assessment of how to get his community’s needs met.

His municipal elections list aims to include representatives from all the Arab neighborhoods in the city, in an effort to overcome the broad opposition of Arab residents to voting. In March, Dabash told Haaretz that “In my opinion people are ready to vote. There is always an opposition, people who say that this is Israelization and normalization, but I tell them that we live our daily lives and this is everyone’s municipality and everyone’s state.”

“I’m not saying that we should give up on al-Aqsa or convert to Judaism, or give up the Palestinian nation, but we have to have our place in the municipality,” Dabash insisted.

Dabash told The Jerusalem Post on Monday that he rejects the fatwa: “Our participation in the election has nothing to do with politics or religion,” he said. “This so-called fatwa does injustice to the Arab residents of Jerusalem, who are seeking better services and want to improve their living conditions.” 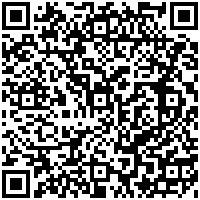