Would Israel’s ambassador to the U.N. have called on the world body “to tell the 850,000 untold stories of Jewish refugees from Arab countries…” had the Palestinians not made the return of their “refugees” to Israel a foundational point for the securing of a comprehensive peace agreement with the Jewish state?

“We are 64 years late, but we are not too late,” said Israel’s Deputy Foreign Minister Danny Ayalon last Friday.

Sadly, it appears that the Israeli foreign policy establishment has given up on convincing the international community as to the essential rightness of the Zionist enterprise. Rather, by attempting to push the issue of Jewish “refugees” from Arab lands to the top of the U.N.’s agenda, Israelis abdicating the moral high ground in favor of sinking into a battle of victimhood narratives with the Palestinians.

Such a lack of conviction bespeaks a general sense of malaise emanating from Jerusalem, where Israel’s leaders have evidently thrown up their hands and embraced the belief that the best defense against anti-Israel bias is a compelling story of mass expulsion.

Now, Minister Ayalon is absolutely correct in asserting that “this issue was never emphasized enough…We have decided to bring it up, to flush out the truth.” It’s a crying shame, not to mention a blight on the records of successive Israeli administrations, that the greatest single demographic upheaval in the modern history of the Middle East was a story largely left untold inside of Israel.

As such, it is altogether appropriate that the Israeli national zeitgeist make room for the largely-forgotten history of Jewish refugees who were summarily expelled from Arab lands.

For while much thought, research, ink and media coverage has been dedicated in recent years to the European Holocaust, the wave of anti-Semitism and violence that swept Arab states in the wake of Israel’s establishment has long been given short shrift.

However, the politicizing of this dark chapter in Jewish history is but a rather lame attempt to stem the growing tide of pro-Palestinian sentiment that has seemingly swept across our world.

For Israel to make any kind of headway by way of ‘hasbara’ (public relations efforts for Israel) it need only remember and repeat these immutable facts regarding the genesis of the Palestinian “refugee” issue:

Settling for approximately one-quarter of the land mass that had been promised by the original partition plan, Jewish leaders made strenuous efforts to encourage their Arab neighbors to stay on and help build up the new state of Israel.

A large majority of local Arabs responded to the call for coexistence by violently rejecting it.  Egged on by a bellicose leadership that darkly warned that its bullets wouldn’t distinguish between Arabs and Jews, hundreds of thousands of Palestinian Arabs summarily packed up and took off, having been reassured that they would be able to return once the foreign Zionist entity had been snuffed out.

What followed was an invasion by seven Arab countries. Had the Arabs accepted the two-state solution, as formulated by the UN in 1947, it is quite likely that war would have been avoided and a separate Palestinian country would have come into existence.

That a refugee problem arose as a result of the invasion is an irrefutable fact. Yet, the births of many sovereign nation have resulted in mass displacement and other social upheavals. Unique to the saga of the Palestinian refugee, however, is the phenomenon of the magically multiplying refugees. From close to 750,000 in 1948, today Palestinian refugees number over 5 million.  Is there any other displaced group on earth that passes their refugee status on genetically?

And while Palestinians around the Middle East have subsequently been used as pawns in a decades-long attempt to destabilize and delegitimize the sovereign state of Israel, Jewish immigrants – that’s right, “immigrants” – from Arab lands were absorbed into Israeli society, where many of their progeny would go on to assume prominent roles within Israeli society.

By referring to Jewish immigrants from Arab lands as refugees, Israeli Foreign Minister Danny Ayalon is inadvertently providing fodder for extremists across the Arab world who argue that all Jewish immigrants should return to their “home” countries since Israel is neither their country nor their ancestral homeland. 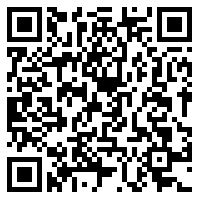