One of the stranger aspects of Israel’s ultra-Orthodox, “Chareidi” press, is their determination not to use the word “pig.”

Last night, 2 Israelis were killed when their car smashed into a wild boar on Highway 5, East of Tapuach Junction.  Here is how the Chareidi newspaper, HaModia reported it:

“In a head on collision last night, in which 2 “wild other things” ran into the road, 2 men in their 40’s were killed.

The accident took place in the area between Tapuach and Migdalim in the Shomron.  Magen David Adom’s (Israel’s emergency medical and rescue service) attempts failed to save the wounded, and doctors pronounced the men dead on the scene.  MDA reported that next to the car were 2 dead “wild other things” and it is assumed they caused the fatal accident.”


It’s a bit ridiculous that HaModia can’t even use the word, “pig” (or wild boar).

Had this not been such a tragic story of 2 people being killed, I would have added a picture from Maurice Sendak’s book, “Where the Wild Things Are.”

May their memories be blessed. 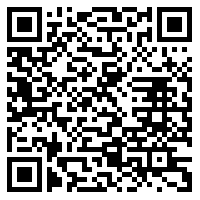