Since Ronald Reagan is by far the president most admired by Republicans in modern times, perhaps GOP leaders and members of Congress should remind the current president of Reagan’s long-forgotten proposal for Israeli-Arab peace.


I’m not talking about the awful plan that was foisted upon Reagan in 1982 by U.S. Secretary of State George Shultz and other senior officials, whose attitude towards Israel was lukewarm at best.

No, I’m referring to the amazing speech that then-presidential nominee Reagan delivered to the B’nai B’rith International convention in Washington, D.C., on Sept. 3, 1980.

Reagan denounced U.S. President Jimmy Carter for undermining Israel’s control of Jerusalem (Carter had supported a U.N. resolution calling it “occupied territory”). He criticized Carter for providing advanced weapons to Arab dictators. He accused Carter of “weakening Israel” by trying to “force” Israel back to the precarious pre-1967 lines. Reagan also accused Carter of committing yet another “major foreign-policy blunder” by inviting the Soviet Union to participate in Arab-Israeli negotiations.

Reagan also strongly challenged Carter for “refusing to brand the PLO a terrorist organization.” The Republican nominee said he had “no hesitation” in calling the PLO terrorists.

“We live in a world in which any band of thugs clever enough to get the word ‘liberation’ into its name can thereupon murder school children and have its deeds considered glamorous and glorious,” said Reagan. “Terrorists are not guerrillas, or commandos, or freedom-fighters or anything else. They are terrorists and they should be identified as such. If others wish to deal with them, establish diplomatic relations with them, let it be on their heads. And let them be willing to pay the price of appeasement.”

Then came what I would argue was the most significant part of the speech.

“Israel and Jordan are the two Palestinian states envisioned and authorized by the United States,” Reagan said. “Jordan is now recognized as sovereign in some 80 percent of the old territory of Palestine.”

Therefore, he suggested, the Palestinian Arab refugee issue could be solved through “assimilation in Jordan, designated by the U.N. as the Arab-Palestinian state.”

What Reagan was saying was something that every historian of the Middle East and every so-called “expert” on Israel knows but is afraid to say: Throughout history, the Land of Israel always included the areas on both sides of the Jordan River. The British Mandate for Palestine, as decreed by the League of Nations in 1920 (and subsequently endorsed by the United States), likewise treated the entire territory as a single, indivisible unit.

In other words, Reagan was pointing out that the claim by the Palestinian Arabs that they are stateless—and therefore, in need of a state—is a fraud. An Arab state was already established in almost 80 percent (to be precise, it was 78 percent) of Palestine when the British created the Kingdom of Trans-Jordan in 1922. They conjured up the name “Trans-Jordan” out of thin air. No such kingdom had ever previously existed. They could just as easily have called it East Palestine. Or Atlantis.

Reagan’s audience at the B’nai B’rith convention that evening interrupted him with applause more than 30 times that evening and gave him three standing ovations. They were listening to words of unparalleled truth and power, and they knew it.

So please, Mr. Trump, before you unveil your much discussed Mideast peace plan, take a moment to consider what your most illustrious and beloved predecessor had to say on the subject. Nearly 40 years have passed since Reagan’s truly historic speech, but his words still ring as true as ever. 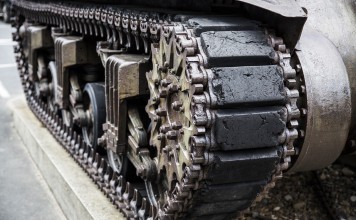 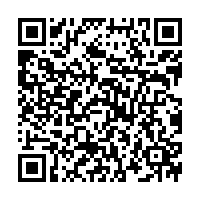