(The following is adapted from the Israeli prime minister’s address to the United Nations last week.)

Three thousand years ago, King David reigned over the Jewish state in our eternal capital, Jerusalem. I say that to all those who proclaim that the Jewish state has no roots in our region and that it will soon disappear.

Defying the laws of history, we did just that. We ingathered the exiles, restored our independence and rebuilt our national life. The Jewish people have come home. We will never be uprooted again.

In Israel, we walk the same paths tread by our patriarchs Abraham, Isaac and Jacob. But we blaze new trails in science, technology, medicine, agriculture. In Israel, the past and the future find common ground.

Unfortunately, that is not the case in many other countries. For today, a great battle is being waged between the modern and the medieval.

The forces of modernity seek a bright future in which the rights of all are protected, in which an ever-expanding digital library is available in the palm of every child, in which every life is sacred.

The forces of medievalism seek a world in which women and minorities are subjugated, in which knowledge is suppressed, in which not life but death is glorified.

These forces clash around the globe, but nowhere more starkly than in the Middle East.

Israel stands proudly with the forces of modernity. We protect the rights of all our citizens: men and women, Jews and Arabs, Muslims and Christians – all are equal before the law.

Israel is also making the world a better place: our scientists win Nobel Prizes. Our know-how is in every cell-phone and computer that you’re using. We prevent hunger by irrigating arid lands in Africa and Asia.

And Israel’s exceptional creativity is matched by our people’s remarkable compassion. When disaster strikes anywhere in the world – in Haiti, Japan, India, Turkey, Indonesia and elsewhere – Israeli doctors are among the first on the scene, performing life-saving surgeries.

Israel wants to see a Middle East of progress and peace. Yet the medieval forces of radical Islam oppose this. They seek supremacy over all Muslims. They are bent on world conquest. They want to extinguish freedom.

Some seventy years ago, the world saw another fanatic ideology bent on world conquest. It went down in flames. But not before it took millions of people with it. Those who opposed that fanaticism waited too long to act. In the end they triumphed, but at an horrific cost.

We cannot let that happen again.

Just look at what the Iranian regime has done up till now, without nuclear weapons. In 2009 it brutally put down mass protests for democracy in its own country. Today, its henchmen are participating in the slaughter of tens of thousands of Syrian civilians, including thousands of children, directly participating in this murder. 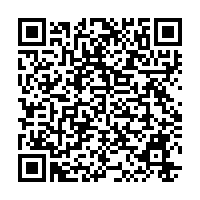