Team Israel lost in the finals of the World Baseball Classic qualifiers, but the experience should teach an important lesson to Jewish people throughout the world.

The fact that Jewish players and players with Jewish roots who don’t actually live in Israel played for Team Israel should send a critical message to Diaspora Jewry: Israel is the homeland for all Jews.


But Diaspora Jewry is not acting like this is the reality. A few weeks ago I heard words that sent shivers up and down my spine. An Israeli Army Radio host was interviewing a government official who said, “Israel and its government are shifting into post-aliyah mode.” Post-aliyah? Aren’t there millions of Jews still living around the world who are potential immigrants to Israel?

The official explained that, based on the professional assessments of a variety of governmental agencies, there is no group of significant size currently looking to move to Israel. Since that is the case and given the fact that massive aliyot from Europe, Middle Eastern countries, the former Soviet Union and Ethiopia have now ended, we are in post-aliyah mode.

As this official stated, it is time to focus on addressing all the needs of those who are already in Israel and to begin developing alternatives other than aliyah to deal with potential demographic threats in the country. The government recognizes that 2,000-3,000 immigrants from North America and other countries will continue to “trickle” in annually but their expert assessment concludes that no future aliyah will impact Israel in a significant or meaningful manner.

Yes, there are many Zionists who support Israel in many ways but, as these Israeli government experts have determined, aliyah and aliyah education are not a focus of Diaspora Jewry. That is truly a shame. To be clear, I don’t believe every Jew in the Diaspora must drop everything and move to Israel. But how can aliyah be off the table and not an option being even considered and explored for millions of Jews around the world?

The book of Deuteronomy includes over fifty references to the importance of living in Israel, such as “See, I have given you the land, come and inherit it” (1:8) and “See, God has placed the land before you, go up and possess” (Ibid, 21). How can we read these verses and not make the ideal of moving to Israel an integral component of our children’s educations? If people are either too old for such a major transition or too settled in their professions and careers, then why not educate the next generation for aliyah and prepare them for making the move as young adults?

I certainly acknowledge the challenges associated with making aliyah. While Nefesh B’Nefesh has certainly addressed and minimized those challenges and deserves credit for inspiring thousands of new olim, including my own family, to make the move, aliyah is still very difficult. But why isn’t every family at least exploring that option?

If the family cannot make aliyah for any of a number of legitimate reasons, why aren’t the children being brought up with plans to achieve this goal? Why aren’t schools promoting the mitzvah of living in Israel with the same idealism, fervor and encouragement used in teaching all other mitzvot and Jewish ideals?

The North Americans who are playing for Team Israel make a huge statement about the ideal toward which we should be striving. Yes, a person’s citizenship may be that of the United States. But, as Rabbi Yehuda HaLevi said so poignantly, “My heart is in the East.” We need to be a people consumed to our core by identifying with Israel – and who not only see no conflict between Jews living in the Diaspora playing for Israel, but also see it as a seamless and natural fit. The “right of return” and automatic citizenship cannot be just some formality. It needs to be a reality that we carry with us throughout our lives and that drives our dreams, hopes, and aspirations.

One more point. Jews around the world do indeed worry about Israel. Jews fret about tensions related to religious extremism and lack of unity. Jews are concerned about Israel’s economy. They also worry about the Palestinian question, demographic problems, and the future of Israel as a Jewish state. Hundreds of thousands of professional, committed, idealistic, and moderate Jews making aliyah from around the world would help solve many of these issues. 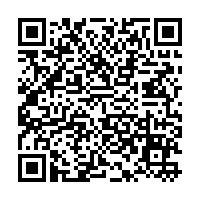