In the course of his lamentable stopover in New York last week, Iranian President Mahmoud Ahmadinejad gave an interview to Washington Post columnist David Ignatius just prior to President Obama’s speech to the UN General Assembly. One of Mr. Ahmadinejad’s comments made us think that maybe there is something to his apparent madness.

Ignatius:….When President Obama speaks to the UN General Assembly this week, I think it’s likely that he will repeat a policy he stated last March, which is that if…. talks are not successful, the U.S. is prepared to prevent Iran from gaining a nuclear weapon – that’s Obama’s “red line.” And I want to ask you how you as president of Iran react to this statement of a red line by President Obama.

Ahmadinejad: Do you believe that he [Obama] will repeat such a policy?

Ignatius: I haven’t seen his speech, but let’s just take the statement he made before and not guess, and take that as a statement of policy.

Ignatius: So you wouldn’t expect significant progress until our election is over?

Ahmadinejad: About the nuclear issue, you mean?

Ignatius: Yes, dialogue between our two countries, significant progress in any of these negotiations.

Ahmadinejad: I firmly believe that the best type of government is the government that firmly pursues the wishes of her people. We have always been ready and we are ready. But experience has shown that important and key decisions are not made in the U.S. leading up to national elections. Am I right?

Ignatius: You are correct…..

President Obama is on record as being committed to denying Iran a nuclear weapons capacity, and while preferring economic sanctions against Iran as the means to realize that goal, he says he will not rule out military means as a last resort. How, then, can we understand Mr. Ahmadinejad’s observation about being able to better negotiate with Mr. Obama after the election?


In the context of his remarks, Mr. Ahmadinejad plainly thinks Americans and doubtless Mr. Obama himself have no stomach for military action, and in any event the Iranian leader would hardly anticipate with any relish negotiating with a reelected Barack Obama if he had the slightest fear of an American military attack. Besides, if Mr. Ahmadinejad were amenable to a non-military solution, surely such a solution could be arrived at now. How would President Obama be in a better position to accomplish that post-reelection?

So it seems Mr. Ahmadinejad has to be talking about a non-military solution on Iran’s terms that President Obama cannot now deliver because of the dynamics of the election campaign. Recall that the Iranians released the American hostages, who had been held for some fourteen months, just minutes into Ronald Reagan’s inauguration address on January 20, 1981. Regan had defeated Jimmy Carter in November 1980 with many believing that the inability of Mr. Carter to obtain the release of the hostages played a key role in his loss.

Perhaps Mr. Ahmadinejad is planning a reprise of sorts of Iran’s role in determining the outcome of the 1980 election. Mr. Ahmadinejad believes President Obama will not go to war with Iran. So within the next two weeks Mr. Ahmadinejad announces that he is at long last bowing to economic sanctions, handing Mr. Obama an enormous – quite possibly critical – boost on Election Day.

Under this scenario, Barack Obama is reelected and, according to Mr. Ahmadinejad’s calculations, proceeds to let the Iranians get away with less than complete abstinence in terms of nuclear weapons. Mr. Obama, the Iranian leader is betting, has always believed that any Iranian nuclear weapons capacity can be contained, with no need for total elimination; all along the American president was being pushed by the Israelis in the middle of a presidential election campaign. 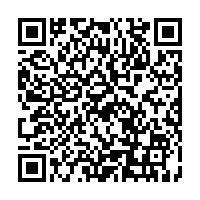