Elizabeth Holmes, the Silicon Valley wonderkid who founded and ran Theranos, the blood testing company, was sentenced last week to 11 years in prison. A jury acquitted her of the most serious charges related to defrauding government and military officials regarding the use of the Theranos device by soldiers. But it convicted her of defrauding highly sophisticated, experienced and mega-wealthy investors.

It was a strange mixed verdict because those she was acquitted of defrauding needed more protection from the law than those she was convicted of defrauding. Sophisticated investors, who stand to profit enormously if a startup crosses the finish line, know they are taking risks and are expected to engage in due diligence before giving their money to an inexperienced college dropout with a lot of charm and little track record. Of course, inexperienced dropouts also started Microsoft and Facebook, earning vast profits for early investors. It is this general track record that lures speculative investors to bet on specific individuals who impress them.

This is not to deny that even these financial gamblers are entitled to legal protection against fraud, despite the well-known caution of caveat emptor. It is to question the proportionality of a double-digit sentence in the face of the acquittal on the far more serious charge.

Under the sentencing guidelines, the amount of money of which victims were defrauded plays an outsized role in determining the length of the sentence. But that fails to take into account the wealth of the victims and the amount they stood to gain if the startup had been successful. A wealthy investor who loses a million dollars, representing one percent of his net worth, has lost less than a middle-class investor who loses $100,000, representing half of his assets. Yet the sentencing guidelines undervalue these realities. The irony is that Holmes might well have gotten a shorter sentence if she had been convicted only of the more serious crimes that may have endangered the lives of soldiers, than she got for the less serious crime of causing financial losses to speculating investors who could well afford the losses.

Such an unjust outcome would not be certain, because sentencing judges have considerable discretion in ignoring the guidelines if applying them rigidly would produce an unjust result. Nevertheless, the guidelines give far too much weight to the quantity of financial losses, and too little to the qualitative realities of the risky investment world.

Holmes’ lawyers asked the judge for a non-prison sentence, but that was never a realistic possibility, and it may have damaged their credibility with the court. Prosecutors asked for 15 years, which was more realistic under the guidelines. The sentence came closer to the government’s recommendation.

Holmes will appeal both the conviction and the sentence, and she will be permitted to remain home for several months, presumably because she is pregnant with her second child. It is also possible she may be granted bail pending appeal if her appellate issues are sufficiently compelling. If not, and if her appeal is denied (as over 90% are), she is likely to serve approximately half of the 11 years because of the recently enacted First Step Act and good time credit. The sentencing judge was aware of these discounts when he imposed the sentence. He was probably also aware that she is likely to serve her sentence in a camp or other minimum-security facility. Moreover, she may try to reduce her sentence by offering information or evidence against other malefactors, though it is unlikely that she would be believed in the absence of corroboration.

These factors may help explain the apparent harshness of the 11-year sentence. But even so, reasonable people may conclude that in light of all the circumstances, the sentence was excessive. 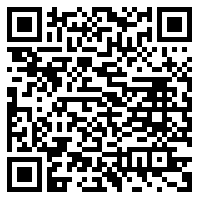