When Parshat Shelach comes around each year, rabbis in the Diaspora find many topics to speak about. Peruse the Internet this week and you’ll see essays by prominent rabbis on freedom, leadership, positive thinking, group psychology, clean speech, guarding one’s eyes, and more.

What you’ll hardly see, though, is someone addressing the parshah’s main message: that Hashem wants the Jewish people to live in Eretz Yisrael. Only Religious Zionist websites dare address this topic.


The sin of the spies – and the subsequent refusal of the Jews to conquer Eretz Yisrael – is clearly the most tragic in the entire Torah. The sin of the Golden Calf was certainly very serious, but G-d killed only 3,000 Jews as a result. Later, the nation sinned with the daughters of Midian, and 24,000 Jews were stricken as punishment. This number is obviously large, but it doesn’t compare to the 600,000 Jews – an entire generation – who were divinely punished for rejecting the Land of Israel.

In Mesillat Yesharim (ch. 11; see also, Zohar, Shelach 158a) Rabbi Chaim Luzzatto explains that the spies – who were all Torah leaders – didn’t wish to enter the land because they knew that doing so would mean the end of their reign. They knew that in Eretz Yisrael, a new type of leader, a well-rounded leader, would be needed to establish a national Jewish life. They therefore wished to remain in the wilderness where the miraculous manna, Miriam’s well, and the Clouds of Glory took care of all of everyone’s needs. There they could study Torah and remain the spiritual leaders of the community.

But in rejecting Eretz Yisrael, the spies also rejected the Torah, which is more than an assortment of private duties like keeping kosher and putting on tefillin. The Torah is the national constitution of the nation of Israel and is filled with national commandments having to do with farming the Holy Land, establishing a Jewish army, operating a Jewish court system, running a Jewish kingdom, and building and maintaining a Holy Temple in Jerusalem. In fact, two-thirds of the laws in the Mishnah can only be fulfilled in Eretz Yisrael.

The spies didn’t want the headache of dealing with national duties. Far better to remain in the wilderness where these obligations didn’t apply and let Hashem provide for all their needs while they sat in their honored positions and studied Torah.

In 1975, Rav Tzvi Yehuda HaKohen Kook, longtime head of the Mercaz HaRav Yeshiva in Jerusalem, spoke about the sin of the spies during a shiur in yeshiva:

The Torah says, “In this matter, you did not believe in Hashem, your G-d.” In this matter – in not making aliyah to Israel – they did not have emunah (faith). In other matters, they did believe. They believed and yet they didn’t believe. This is a state of half-emunah. In contrast, the foundation of Jewish faith is seen in Avraham Avinu, as it says, “And he had emunah in the L-rd.” He wasn’t a half-believer. He believed with emunah shlema….

There are tzaddikim who don’t believe, as it says in the Talmud (Sotah 48b). They select and choose words of the Torah and the commandments, saying, “This matter is arranged properly by the Almighty. It is very nice, it pleases me, it’s easy to do – therefore, I agree to abide by it. However, this other matter is not so pleasing in my eyes.”

This approach to Torah leads to heresy. In contrast to this selective Judaism is the true approach of “Everything that the L-rd said, we will do and listen.” We will do it – whether it pleases us or not, whether we intellectually agree or whether we find the matter beyond our logic.

The Torah and its commandments are eternal. What was true in the past is true today. The time is long overdue to return Eretz Yisrael to its rightful place in the Torah – as the G-d-chosen center of true Torah observance. 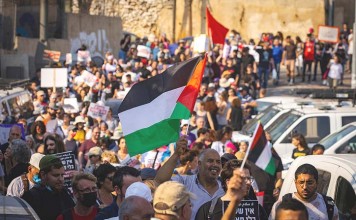