The Or Michael association was founded by Orit Mark Ettinger, who lost her father, Michael Mark, in a terrorist shooting attack in the summer of 2016. Michael (Miki) Mark, 48, dean of the hesder yeshiva in Otniel, was murdered on the highway in the southern Hebron hills. He left behind a wife and ten children.

His wife, Hava, and two of their children, Pdaia and Tehilla, were also in the car during the attack and were wounded.

Elhanan Kalmanzon, Michael’s nephew, eulogized him: “We lost a precious and beloved uncle, a special man with a storied life of many works of charity and good deeds; a dear man who raised together with Havi (Hava) a great family, amazing, phenomenal family, ten children, brides, a son-in-law, four grandchildren, a remarkable family.”

The secretary of the settlement of Otniel, Eran Degani, said: “Miki was one of the mainstays of the community and of all of Mount Hebron. He was one of the pioneers of the settlement. He was a modest, honest man, a man of action in his entire body. Miki ran the high yeshiva in Otniel for years, while managing the Mount Hebron development company and reaching amazing achievements. He was a man of faith and spirit, and devoted every spare moment to learning Torah. He was a pleasant man, and a devoted father to his family. His absence will be felt in our community.”

One of the sons, Netanel, said that his father was “a man of kindness, without anyone knowing. Even when he was working day and night, he did not give up his Torah study.”

Then, three years later, one week after Purim 2019, Shlomi Mark, Miki’s son, was killed in a road accident near Kiryat Gat. He left behind a wife and three children.

Orit told Makor Rishon that after hearing about her brother’s serious injury, “I felt it wasn’t really happening, that I was in a dream. I said to myself: It doesn’t make sense, God is not doing this to us again, and not to Shlomi, he is a hero…”

“In the hospital I said to God: What are you doing? Explain to me, I want answers. Give me some understanding of what’s going on here, because it seems illogical. You’re taking Shlomi now? You’re really exaggerating…

“During my father’s shiva, Shlomi said, ‘I am grateful for the 27 years I have merited to know this father.’ And now I find myself saying, ‘Thank you for the brother I had for twenty years.”

In all this darkness, having lost two of her beloved family members, Orit decided that she wanted to extend the light that emanated from her father and brother who had been so brutally torn away, and to use this light to illuminate dark places of suffering and pain.

Orit founded an organization in memory of her father which she called Or Michael (Michael’s Light), with more than 900 volunteers who come to hospitals around the country every week, enter the various departments with their musical instruments, songs, surprises and anything else that helps patients forget the pain for a few moments, replacing it with joy, hope, warmth and love.

“People tell me: Stop dealing with bereavement all the time,” Orit says, “But I feel that there is where strength lies.” 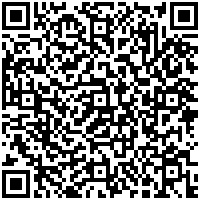