A fringe element within the Jewish community uses language and imagery stolen from classical anti-Semitic tropes, sides publicly with declared enemies of the Jewish people, and clumsily but intentionally wields their Judaism as a weapon against the rest of us.

(Haym Salomon Center) I don’t like using Holocaust comparisons or terminology to describe events or people today. The evil visited on European Jewry in those years stands alone in human history, and especially as its living memory fades into shadow, we lessen its horror by co-opting its moral authority for our transient arguments. Thanks to Godwin’s law and associated corollaries, it’s also a bad way to win an argument. So I don’t throw around the term “Nazi” or label people I don’t like—no matter how awful they are—“Hitler.”


Thankfully, there’s only been one Hitler.

Another term I dislike is “kapo.” I see it often on social media, usually used by Jews with whom I agree to describe Jews with whom I disagree. The term refers to Jewish prisoners in Nazi concentration camps who carried out daily administrative or policing functions with varying levels of enjoyment, often in exchange for preferential treatment. Whether or not it should be, the term is brutally contemptuous—lower than a traitor, the worst thing you can call a Jew. I never use it. I squirm when I see it used.

And yet, there exists today a fringe element within the Jewish community that willingly engages in conduct that aids and comforts some of the world’s most vicious anti-Semites.

They use language and imagery stolen from classical anti-Semitic tropes, side publicly with declared enemies of the Jewish people, and clumsily but intentionally wield their Judaism as a weapon against the rest of us. These people are represented by a variety of organizations: among the worst is the wildly misnamed Jewish Voice for Peace, which the Anti-Defamation League has extensively condemned.

A number of these groups recently co-signed a letter opposing the nomination of CIA Director Mike Pompeo to be U.S. Secretary of State. The letter is a fairly conventional, everything-and-the-kitchen sink diatribe against a cardboard cut-out conservative. It attacks Pompeo for what they call “climate-change denial” and for “opposing reproductive health,” both issues on which Pompeo is well within the GOP mainstream. They check the anti-gay and anti-Muslim boxes, too, of course.

The letter charges that “it would be a national folly to put advocates for another major war in charge of U.S. foreign policy.” Which, one would think, is an endorsement of Pompeo since I’m not aware of—and the letter doesn’t specify—which “major war” (or “minor war,” for that matter) he has advocated. It does claim that he favors military action over diplomacy, which isn’t true. It claims that he hates the Iran deal, which is true of Pompeo as it is of a majority Americans. And the letter claims that the secretary-designate is OK with “ongoing unauthorized conflicts like that in Yemen,” a conflict supported by noted diplomacy-hating neocon President Barack Obama for two years.

Joining the usual ANSWER coalition collection of extremists among the signatories to this letter is the anti-Semitic, boycott-supporting Jewish Voice for Peace, as well as anti-Israel stalwarts like the American Friends Service Committee and the radicals at CODEPINK. It also includes the unindicted Hamas co-conspirators from the Council on American Islamic Relations (CAIR) and Tehran’s Washington lobbyists at the National Iranian-American Council (NIAC). It’s not a list any organization that wants to be taken seriously should be on.

And yet, there among the far-left Israel-haters is none other than J Street.

J Street, whose annual conference is set to begin this weekend, promotes itself as “pro-Israel, pro-peace,” and during the Obama administration, liked to say they served as a “blocking back” for Obama Middle East policies. Despite their efforts to move the Overton window of Jewish discourse on Israel to the left, the company in which they find themselves in signing this letter should serve as an alarm to people of good faith. One can oppose Israeli government policies and dislike Israeli leaders while still being a supporter of the State of Israel. But working with a group like Jewish Voice for Peace should be off-limits. Working with CODEPINK should be off-limits. Working with CAIR and NIAC should be off-limits.

If, as I believe, we do damage to the memory of 6 million murdered Jews when we misuse Shoah terminology, then we’re left with a problem of nomenclature. What word should we use to describe an organization that openly works with people who loathe and seek to undermine and destroy the national project of the Jewish people, and who use overt anti-Semitism to do it? Tell me that word, and I’ll use it. 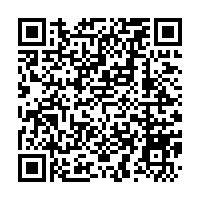