Today, Nov. 29, 2022, is the 75th anniversary of the 1947 UN Partition Plan – UN General Assembly resolution 181 – which divided the geographical area to the west of the Jordan River, into two states: A Jewish state and an Arab state. In its essence, the Partition Plan was a fundamental breach of the 1922 League of Nations Mandate for Palestine, which placed that entire area under the governance of Great Britain, for the sole purpose of creating a Jewish state on all of the land.

Despite the breach of the Mandate, the Jewish leadership of the day – represented by David Ben Gurion – accepted the plan. The Arab leadership and countries, on the other hand, rejected the plan and immediately started planning how to eradicate the Jewish state before it even came into existence.

75 years later, speaking at the UN, Palestinian leader Mahmoud Abbas has now decided to accept the plan and even demand its implementation:

“Therefore, I present today to this UN organization, the title of international legitimacy in this world, with a formal request to implement General Assembly resolution 181, which formed the basis for the two-state solution in 1947…”

In making this demand, Abbas ignores a number of fundamental realities.

First, Abbas is demanding the implementation of a plan that has been defunct for 75 years. Living up to their promises, even before the British Mandate came to an end on May 14, 1948, the Arab countries attacked the nascent Jewish state. 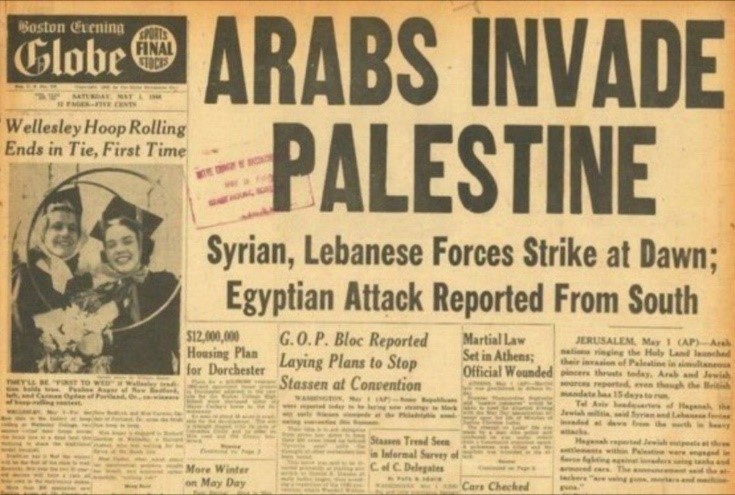 While Israel managed to survive and expand in a war in which 6.000 Israeli men, women, and children were killed, a full 1% of the population most of the areas allocated for the Arab state – Judea, Samaria and the Gaza Strip – were occupied by Jordan (which was not yet recognized by the UN as a state) and Egypt, respectively.

In its original charter from 1965, the Palestine Liberation Organization (PLO), which is now headed by Abbas, disavowed its connection to the areas provisionally allocated for the Arab state openly declaring:

“This Organization [The PLO] does not exercise any territorial sovereignty over the West Bank in the Hashemite Kingdom of Jordan, on the Gaza Strip or in the Himmah Area”.

Indeed, while Egypt controlled the Gaza Strip and Jordan controlled Judea and Samaria (which it renamed “The West Bank”), from 1948 to 1967, they and the other Arab countries refrained from creating what could have been the “Palestinian” Arab state.

Israel’s War of Independence formally ended with the signature of a series of Armistice Agreements (from Nov. 1948 through April 1949) with the Arab countries. In parallel, the UN established the Conciliation Commission for Palestine.

In the discussions of the Conciliation Commission, the Arab countries demanded that Israel commit national demographic suicide and agree to flood itself with hundreds of thousands of Arab refugees, before they would express any willingness to accept Israel’s very existence.

Israel on the other hand, demanded that the Arab countries first accept Israel’s existence and right to exist. Interestingly, according to the Oct. 23, 1950, report of the Commission, during the talks Israel offered to turn the Armistice lines with Jordan, Lebanon and Syria into borders. Israel also offered to turn the Armistice line with Egypt into a border, with the exception of the Gaza Strip, which it offered to incorporate into Israel and give all the Arabs living there Israeli citizenship:

“The delegation of Israel declared that if the Gaza area were incorporated in the State of Israel, the Government of Israel would be prepared to accept as citizens of Israel the entire Arab population of the area, both inhabitants and refugees…”

[General progress report and supplementary report of the United Nations Conciliation Commission for Palestine, Covering the period from 11 December 1949 to 23 October 1950, Oct. 23, 1950]

Steadfast in their refusal to accept Israel’s existence and right to exist as a national homeland for the Jewish people, the Arab countries rejected Israel’s offers.

The third reality Abbas ignores, is that resolutions of the UN General Assembly – such as the Partition Plan – are not legally binding and do not have the force to recognize a new state. As Palestinian Media Watch noted before Abbas made his demand to implement the Partition Plan, such a move would contravene international law and would necessitate a positive recommendation of all 5 of the permanent members of the UN Security Council that would be followed by the approval of two-thirds of the UNGA.

In the 1922 Mandate for Palestine, the League of Nations formally recognized, in the name of the entire international community, “the historical connection of the Jewish people with Palestine and to the grounds for reconstituting their national home in that country.” [emphasis added]

While the 1947 UN Partition Plan breached the legally binding Mandate, in its time, it had the potential to initiate a process that would have divided the area west of the Jordan River into two states. That option was eternally lost when it was wholly rejected by the Arab states and the Arab leadership. Abbas vainly clinging to the Partition Plan is equivalent to a passenger who bought a ticket on the Titanic, and is now demanding that the Titanic take him across the Atlantic Ocean. 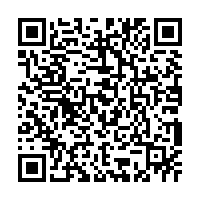