The Biden administration announced on Tuesday a $1 billion arms sale to Qatar. The deal was reported during halftime of the World Cup 2022 match between the United States and Iran in Doha, Qatar. The US forward Christian Pulisic scored the only goal of the game in the first half, and millions of American fans continued to anxiously bite their fingernails for the remainder of the game, even as Qatar added a huge arms deal to its accomplishments this year.

According to a Defense Security Cooperation Tuesday press release, the sale to Qatar consists of the “Fixed Site-Low, Slow, Small Unmanned Aircraft System Integrated Defeat System (FS-LIDS) System of Systems and related equipment for an estimated cost of $1 billion.”

I looked it up, so you won’t have to. FS-LIDS’s primary components include a counter-sUAS EW system and electro-optic/infrared camera. This means it shoots down Unmanned Aerial Systems, the kind that’s being produced right next door to Qatar, by the country whose soccer team has just been defeated by the US.

Also: Qatar will host five US government officials and the representatives of 15 contractors for five years to support the implementation of all this shiny, new military equipment.

According to the press release, “the proposed sale will improve Qatar’s capability to meet current and future threats by providing electronic and kinetic defeat capabilities against Unmanned Aircraft Systems.”

As can be seen in the map above, Iran is only 300 km from Qatar, across the Persian Gulf, and much like all of Iran’s other neighbors, Qatar is uneasy about this insufficient distance.

The two countries have a close economic and diplomatic relationship, mostly in the oil and gas industries.

Iran and Qatar jointly control the world’s largest natural gas field. Qatar produces 650 million cubic meters of gas per day from its section of the field, and Iran only 430 million cubic meters. But while Qatar is using its wealth to create goodwill with events such as the World Cup and to support Hamas and Gaza, Iran is using its wealth to spread fear and mayhem. So, naturally, Qatar is a little concerned. Incidentally, in 2005, Qatar donated $100 million in aid to New Orleans after Hurricane Katrina.

That’s why, according to the State Dept., starting in 1992, Qatar has built intimate military ties with the United States, and is now the location of US Central Command’s Forward Headquarters and the Combined Air Operations Center. As of 2015, Qatar hosts a US Air Force base in Al Udeid, and an Army base in As Sayliyah.

In 2014, the US sold $11 billion worth of arms to Qatar, including AH-64 Apache attack helicopters and Patriot and Javelin defense systems. In June 2017, Qatar signed a $12 billion deal to buy 36 F-15QA strike aircraft from the Boeing. 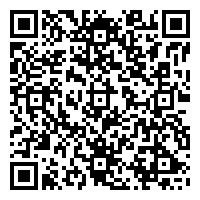