The Israeli defense establishment’s retired senior officers and officials are an elite group. Contrary to what one might expect, members of this elite now fly the flag of the “progressive” left and its rigidly enforced politically correct culture. They support the left’s hijacking of the public agenda by aggrandizing the enlightened “we” whose humanity purportedly stands in stark contrast to that of the ignorant herd. This state of mind is also on display among media people, who routinely aim their derision at senior Likud ministers and politicians.

The English philosopher John Locke, considered the father of liberalism, gave the world the enlightened principles that led humanity to adopt the idea that there are natural rights to life, freedom, and property. In its modern form, liberalism is concerned with relations between citizen and government, emphasizing freedom of movement, freedom of expression, and so on. Is this the intellectual authority that guides Israel’s self-glorified opinion leaders? It doesn’t look that way, though the opponents of the right-wing ideology led by Benjamin Netanyahu claim to be united in their devotion to a “progressive universalist” worldview.

For the enlightened “anti” contingent, Netanyahu is a demon who must be fought by any legitimate means necessary, even if those measures verge on anarchy. From their standpoint, the same dark thread runs through the corruption allegations, the greed economy, the “occupation,” and of course the “annexation” plan for the West Bank. Ousting Netanyahu would supposedly burst the dam that stands between all that is evil on earth and a new era in which the longed-for progressive utopia becomes reality.

It would be naive to think the guild of the “has-beens” just wants to do some housecleaning, affirm their integrity, and expunge corruption. They aim for something much higher: a phased transition in the political domain, or, to put it more explicitly, an embedding of the ideology of the left, which would entail separating from the Palestinians via a two-state solution along the lines of the June 1967 borders. This lofty aim has a strong tailwind from semi-governmental elements in the “liberal” West. One might characterize this mindset as an updated version of post-Zionism that values universal principles ahead of historical justice or a national bond with the Land of Israel.

The path to this yearned-for objective is paved by broadcasting blunt and resonant messages across the media spectrum. This is not difficult as most leading media outlets sympathize with the progressive position. Their coverage is thus almost invariably biased.

The military world has its own term for these efforts at consciousness engineering: psychological warfare. The retired generals’ familiarity with this technique gives them an advantage. Their ability to make sophisticated use of this tool to suit their own purposes works as a kind of force multiplier.

The political right maintains that a solid majority of the Jewish population of Israel supports Netanyahu, and trends indicate that that support is rising. The noisy campaigns of the enlightened “has-beens” are making a mark, but it appears to be mainly among those who are already persuaded. Their awareness of this fact perturbs them no end, further aggravating their urge to protest and even providing an intellectual justification for their violation of the rules of the democratic game. 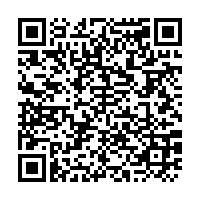