Many are sensing the impending coming of Moshiach. These are special times, and we can feel it. We can’t prove it to those who must inevitably play the role of skeptic, but we don’t have to. This article is not for them.

The latest dramatic development has been the military lockdown of Bnei Brak due to the numerous cases of coronavirus there. Much has been written about who’s to blame. Those with an axe to grind have pounced on the opportunity to bash Bnei Brak’s Jews and demonize them while their blood is still flowing.


But how many of these outraged critics were themselves acting cavalierly after they should have known better? Many were trivializing the virus as “just a flu” and the health precautions as “overreactions” until very recently.

The virus was not imported to Israel by Bnei Brak denizens, and plenty of people who look nothing like them behaved irresponsibly before the coronavirus hit it. Be honest: How many people could you have realistically infected in the early stages of the pandemic?

I’m not condoning irresponsible behavior by anyone. I’m just urging a little more intellectual honesty and humility before condemning others. I write all this as someone who disagrees with the Bnei Brak mentality on many issues. But now is simply not the time to make self-righteous remarks – and no good will come of them.

Meanwhile, those of us who recognize that this pandemic is part of the Messianic process should reflect on what’s really going on. It’s not “just desserts” for the so-called “ultra-Orthodox” for shunning scientific knowledge and the Internet. It’s also not the moment heretics have been waiting for to take over religious neighborhoods and show them “who’s boss.”

Rather, it’s a golden opportunity to heal one of the greatest rifts in the Jewish people. For the first time in memory, police and soldiers in large numbers – most of them not religious – are being forced to come into contact with the most insular of Jews. Until now, virtually the only contact they had came as a result of conflict. The relationship was filled with distrust and hatred. They both wanted as little to do with each other as possible.

Now, however, they have more to do with each other than ever before. Soldiers are trying to keep them safe and provide for their unique needs, and it seems they’re trying to do so with respect and sensitivity. The soldiers are now interacting with real human beings. Not a “sea of black,” but people, individuals, families, at home and vulnerable.

Maybe – just maybe – this will lead to some sort of reconciliation between these distant camps of Jews. Maybe the children of Bnei Brak will learn that IDF soldiers are not their enemies. Maybe they will tell Abba and Ima that they want to be a soldier some day who rescues people. Maybe Abba and Ima will smile and encourage them.

Maybe secular Jews will see these wholesome families filled with simple, pure values and spiritual strength to meet any challenge, and will come away impressed. Maybe they will go home and tell their wives and girlfriends that the Torah isn’t a primitive, frightening way of life after all. Maybe they will want their children to be exposed to these values. Maybe they will incorporate more Torah into their homes and lives.

The primary impediment to the final redemption, and the main cause of all our problems, has always been discord and hatred. When the Jews are united, no harm can befall us. For Moshiach to come, we need to achieve unity.

Moshiach is coming. We haven’t been able to achieve unity until now, so Hashem is giving us a push, forcing us in that direction. Yechezkel prophesied thousands of years ago that Hashem would reunite our people’s separated factions. It’s painful, but necessary. It must happen.

If the crisis in Bnei Brak and other such neighborhoods leads to greater unity between the most diametrically opposed of Jews, then all those who suffered and lost their lives will not have done so in vain. Let it be. Amen. 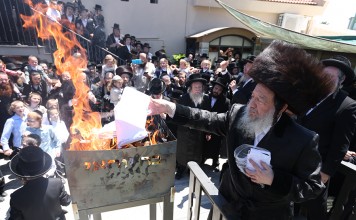 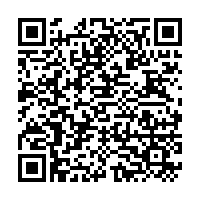